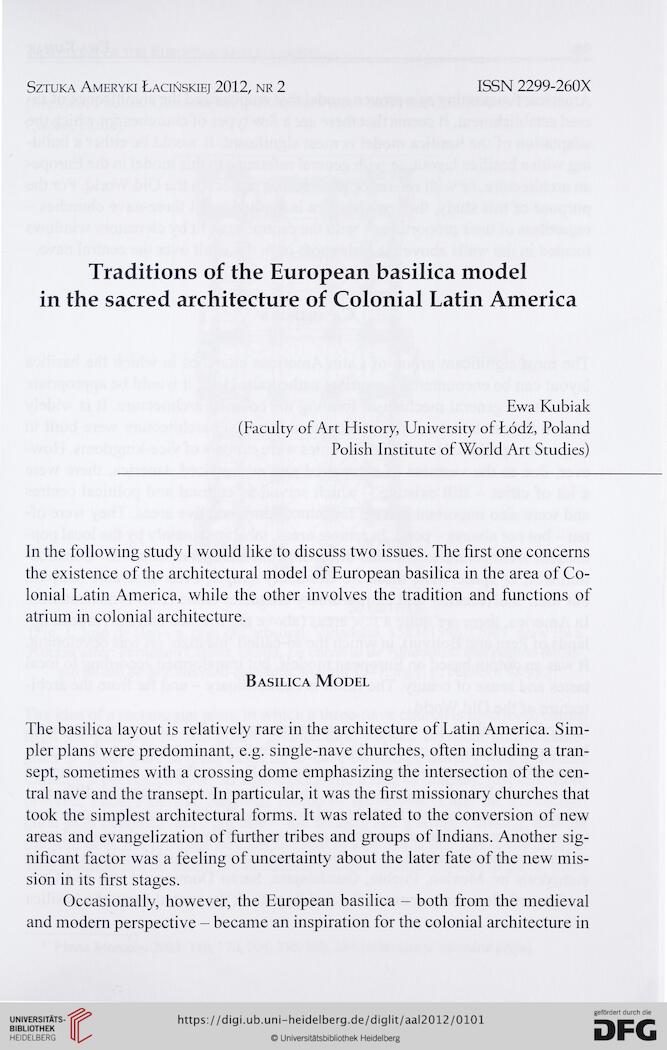 In the following study I would like to discuss two issues. The first one concerns
the existence of the architectural model of European basilica in the area of Co-
lonial Latin America, while the other involves the tradition and functions of
atrium in colonial architecture.
Basilica Model
The basilica layout is relatively rare in the architecture of Latin America. Sim-
pler plans were predominant, e.g. single-nave churches, often including a tran-
sept, sometimes with a crossing dome emphasizing the intersection of the cen-
tral nave and the transept. In particular, it was the first missionary churches that
took the simplest architectural forms. It was related to the conversion of new
areas and evangelization of further tribes and groups of Indians. Another sig-
nificant factor was a feeling of uncertainty about the later fate of the new mis-
sion in its first stages.
Occasionally, however, the European basilica - both from the medieval
and modem perspective - became an inspiration for the colonial architecture in