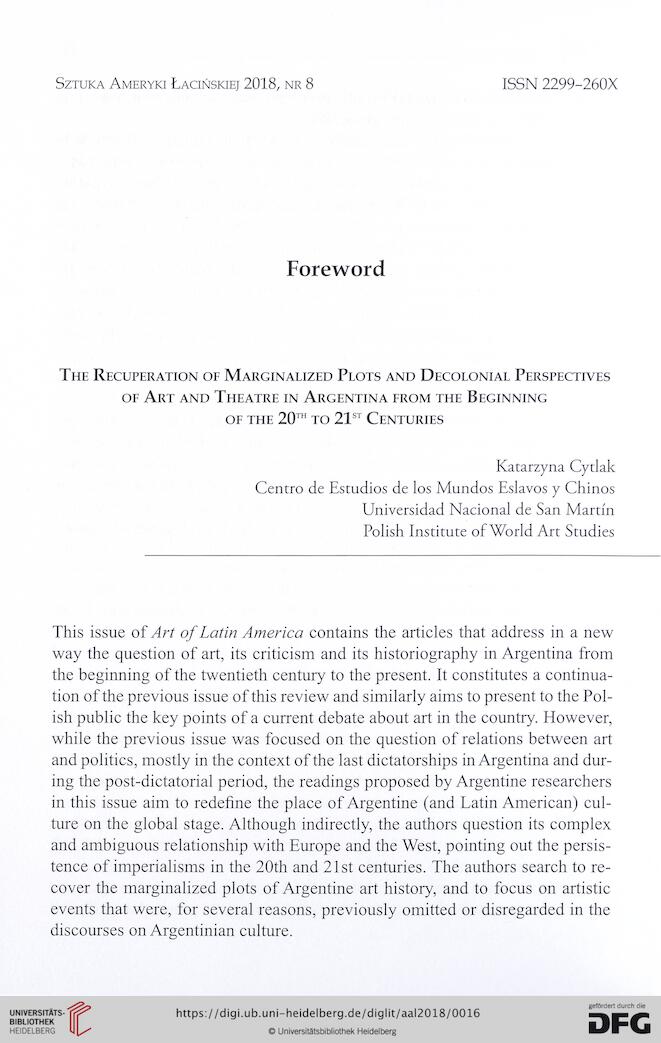 This issue of Art of Latin America contains the articles that address in a new
way the question of art, its criticism and its historiography in Argentina from
the beginning of the twentieth century to the present. It constitutes a continua-
tion of the previous issue of this review and similarly aims to present to the Pol-
ish public the key points of a current debate about art in the country. However,
while the previous issue was focused on the question of relations between art
and politics, mostly in the context of the last dictatorships in Argentina and dur-
ing the post-dictatorial period, the readings proposed by Argentine researchers
in this issue aim to redefine the place of Argentine (and Latin American) cul-
ture on the global stage. Although indirectly, the authors question its complex
and ambiguous relationship with Europe and the West, pointing out the persis-
tence of imperialisms in the 20th and 21st centuries. The authors search to re-
cover the marginalized plots of Argentine art history, and to focus on artistic
events that were, for several reasons, previously omitted or disregarded in the
discourses on Argentinian culture.