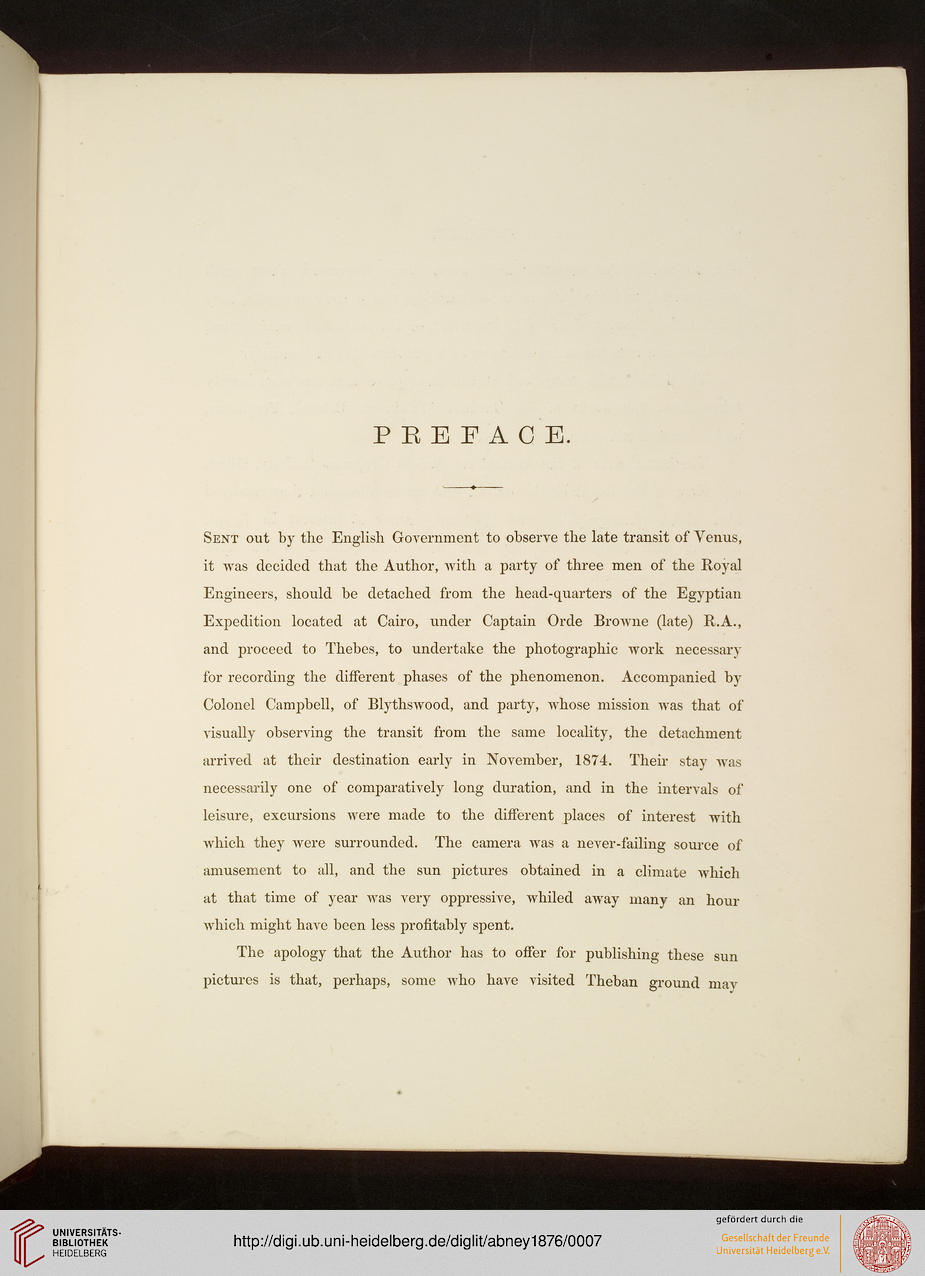 Sent out by the English Government to observe the late transit of Venus,
it was decided that the Author, with a party of three men of the Royal
Engineers, should be detached from the head-quarters of the Egyptian
Expedition located at Cairo, under Captain Orde Browne (late) R.A.,
and proceed to Thebes, to undertake the photographic work necessary
for recording the different phases of the phenomenon. Accompanied by
Colonel Campbell, of Blythswood, and party, whose mission was that of
visually observing the transit from the same locality, the detachment
arrived at their destination early in November, 1874. Their stay was
necessarily one of comparatively long duration, and in the intervals of
leisure, excursions were made to the different places of interest with
which they were surrounded. The camera was a never-failing source of
amusement to all, and the sun pictures obtained in a climate which
at that time of year was very oppressive, whiled away many an hour
which might have been less profitably spent.

The apology that the Author has to offer for publishing these sun
pictures is that, perhaps, some who have visited Theban ground may