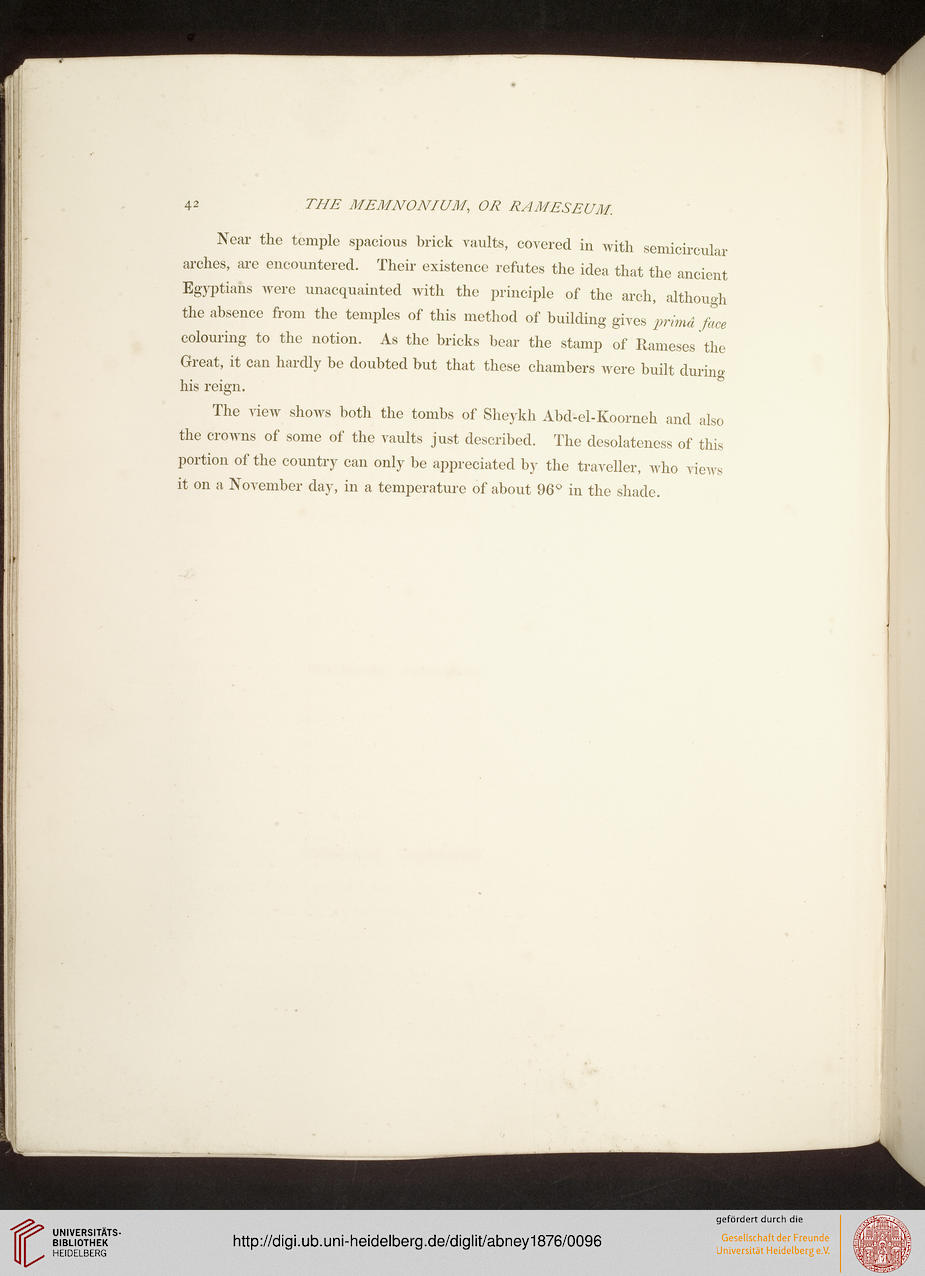 Near the temple spacious brick vaults, covered in with semicircular
arches, are encountered. Their existence refutes the idea that the ancient
Egyptians were unacquainted with the principle of the arch, althouo-h
the absence from the temples of this method of building gives prima face
colouring to the notion. As the bricks bear the stamp of Rameses the
Great, it can hardly be doubted but that these chambers were built during
his reign.

The view shows both the tombs of Sheykh Abd-el-Koorneh and also
the crowns of some of the vaults just described. The desolateness of this
portion of the country can only be appreciated by the traveller, who views
it on a November day, in a temperature of about 96° in the shade.