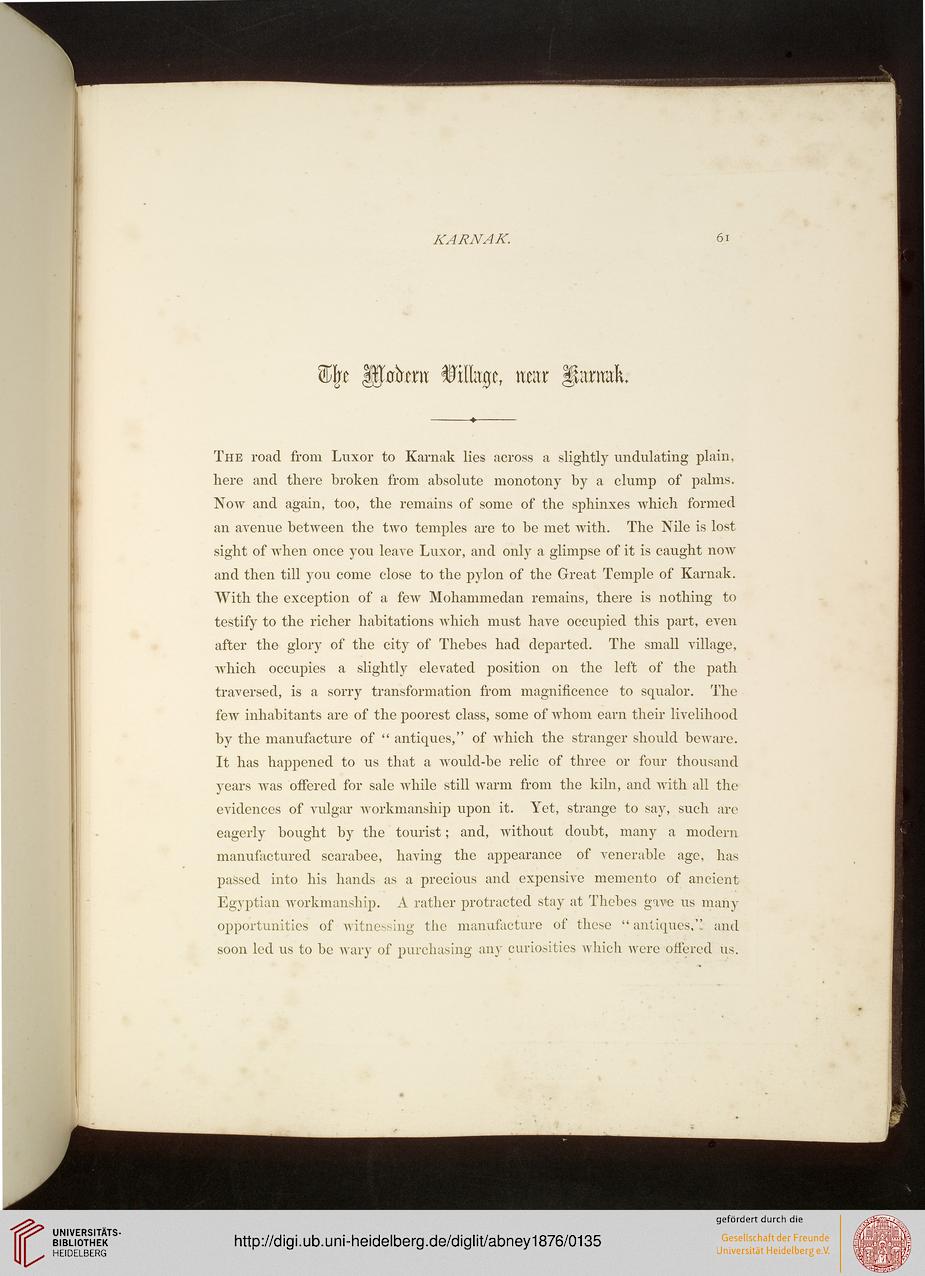 The road from Luxor to Karnak lies across a slightly undulating plain,
here and there broken from absolute monotony by a clump of palms.
Now and again, too, the remains of some of the sphinxes which formed
an avenue between the two temples are to be met with. The Nile is lost
sight of when once you leave Luxor, and only a glimpse of it is caught now
and then till you come close to the pylon of the Great Temple of Karnak.
With the exception of a few Mohammedan remains, there is nothing to
testify to the richer habitations which must have occupied this part, even
after the glory of the city of Thebes had departed. The small village,
which occupies a slightly elevated position on the left of the path
traversed, is a sorry transformation from magnificence to squalor. The
few inhabitants are of the poorest class, some of whom earn their livelihood
by the manufacture of " antiques," of which the stranger should beware.
It has happened to us that a would-be relic of three or four thousand
years was offered for sale while still warm from the kiln, and with all the
evidences of vulgar workmanship upon it. Yet, strange to say, such are
eagerly bought by the tourist; and, without doubt, many a modern
manufactured scarabee, having the appearance of venerable age, has
passed into his hands as a precious and expensive memento of ancient
Egyptian workmanship. A rather protracted stay at Thebes gave us many
opportunities of witnessing the manufacture of these " antiques,'! and
soon led us to be wary of purchasing any curiosities which were offered us.