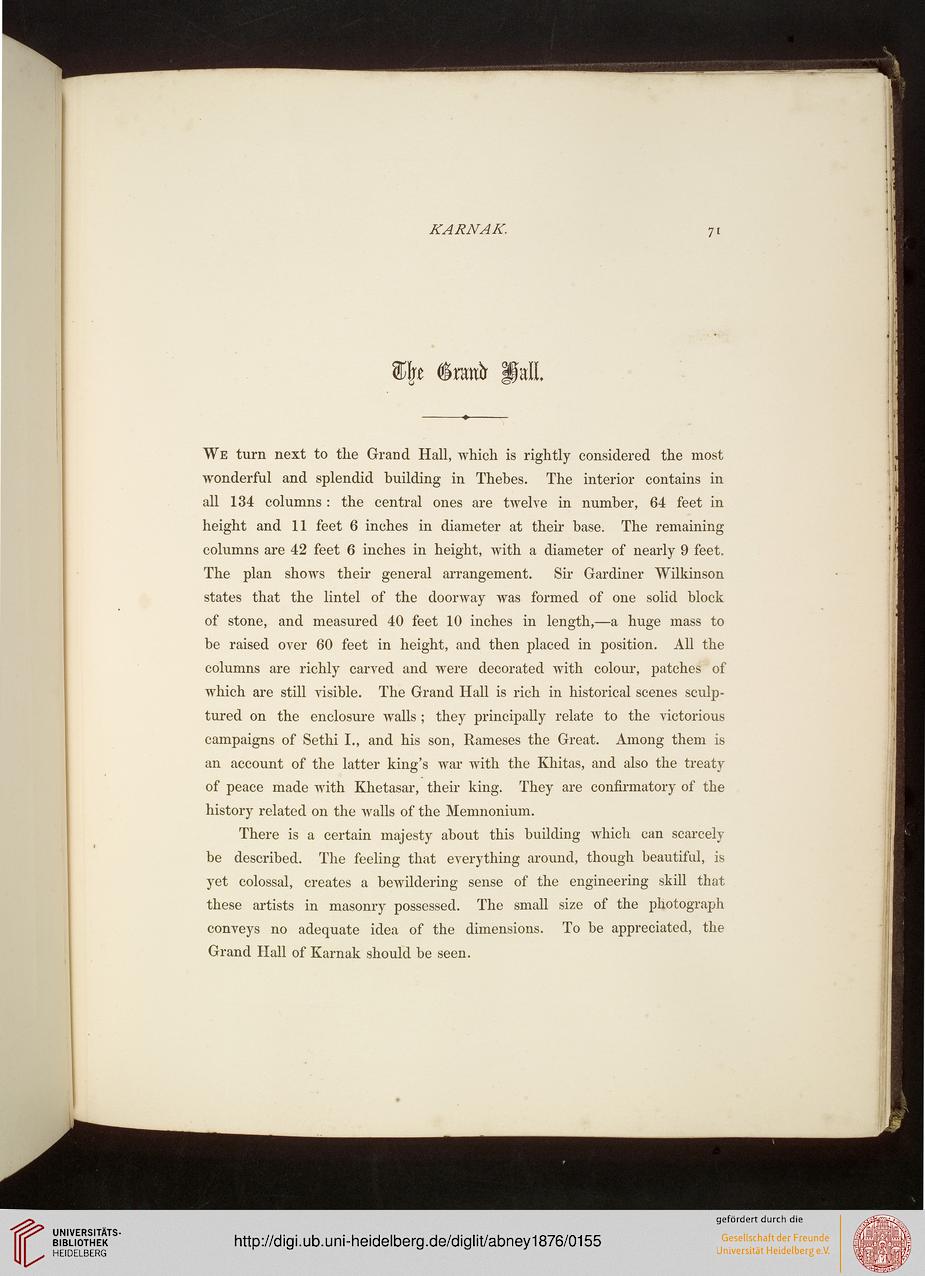 We turn next to the Grand Hall, which is rightly considered the most
wonderful and splendid building in Thebes. The interior contains in
all 134 columns : the central ones are twelve in number, 64 feet in
height and 11 feet 6 inches in diameter at their base. The remaining
columns are 42 feet 6 inches in height, with a diameter of nearly 9 feet.
The plan shows their general arrangement. Sir Gardiner Wilkinson
states that the lintel of the doorway was formed of one solid block
of stone, and measured 40 feet 10 inches in length,—a huge mass to
be raised over 60 feet in height, and then placed in position. All the
columns are richly carved and were decorated with colour, patches of
which are still visible. The Grand Hall is rich in historical scenes sculp-
tured on the enclosure walls ; they principally relate to the victorious
campaigns of Sethi I., and his son, Rameses the Great. Among them is
an account of the latter king's war with the Khitas, and also the treaty
of peace made with Khetasar, their king. They are confirmatory of the
history related on the walls of the Memnonium.

There is a certain majesty about this building which can scarcely
be described. The feeling that everything around, though beautiful, is
yet colossal, creates a bewildering sense of the engineering skill that
these artists in masonry possessed. The small size of the photograph
conveys no adequate idea of the dimensions. To be appreciated, the
Grand Hall of Karnak should be seen.