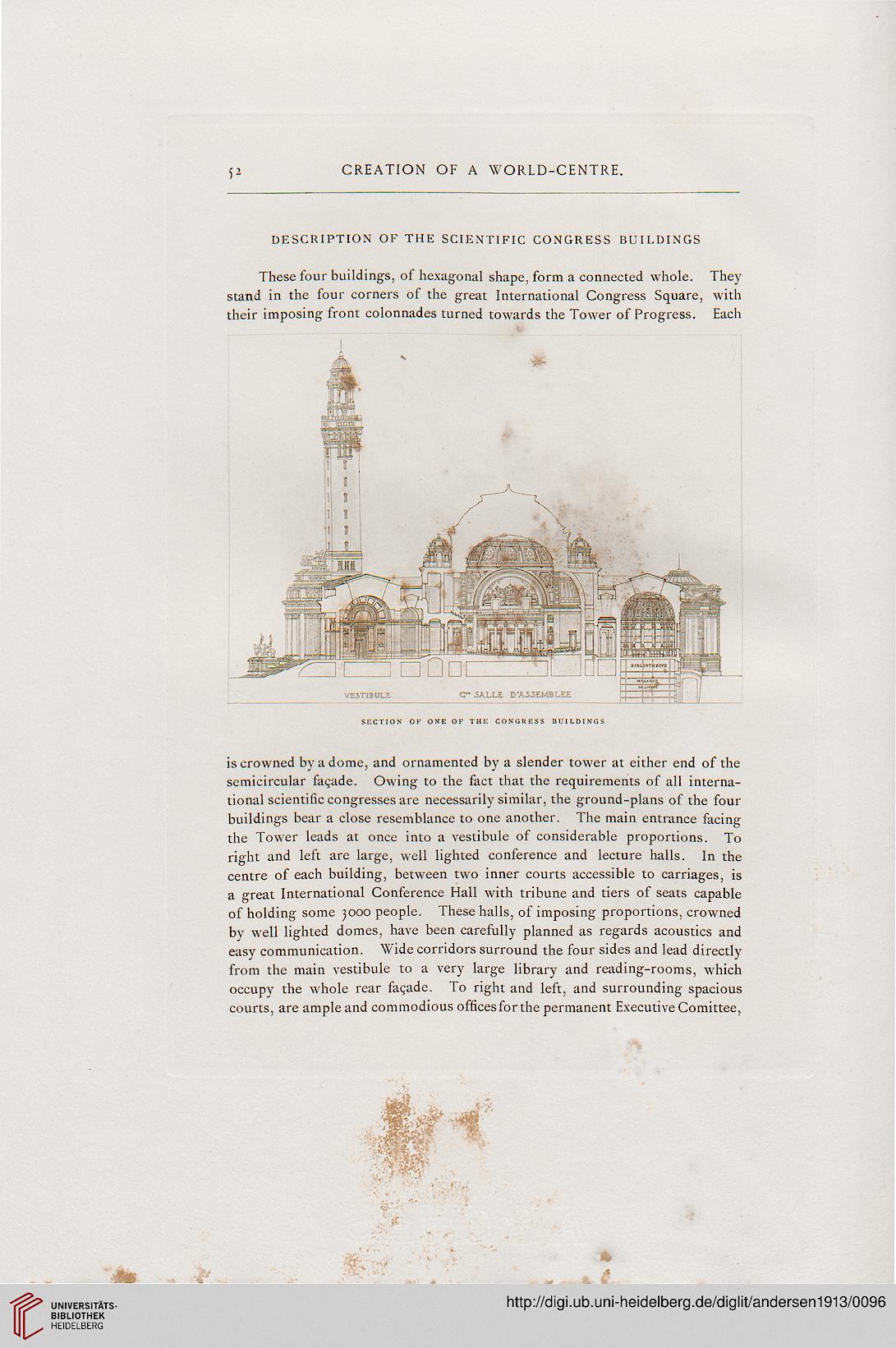 Information about OCR text
CREATION OF A WORLD-CENTRE.

DESCRIPTION OF THE SCIENTIFIC CONCRESS BUILDINGS

These four buildings, of hexagonal shape, form a connected whole. They
stand in the four corners of the great International Congress Square, with
their imposing front colonnades turned towards the Tower of Progress. Each

SUCTION OK ONE OF THE CONGRESS BUILDINGS

is crowned by a dome, and ornamented by a slender tower at either end of the
semicircular facade. Owing to the fact that the requirements of all interna-
tional scientific congresses are necessarily similar, the ground-plans of the four
buildings bear a close resemblance to one another. The main entrance facing
the Tower leads at once into a vestibule of considerable proportions. To
right and left are large, well lighted conference and lecture halls. In the
centre of each building, between two inner courts accessible to carriages, is
a great International Conference Hall with tribune and tiers of seats capable
of holding some }ooo people. These halls, of imposing proportions, crowned
by well lighted domes, have been carefully planned as regards acoustics and
easy communication. Wide corridors surround the four sides and lead directly
from the main vestibule to a very large library and reading-rooms, which
occupy the whole rear fagade. To right and left, and surrounding spacious
courts, are ample and commodious offices for the permanent Executive Comittee,