Angell, Samuel
Sculptured metopes discovered amongst the ruins of the ancient city of Selinus in Sicily by William Harris and Samuel Angell in the year 1823 — London, 1826 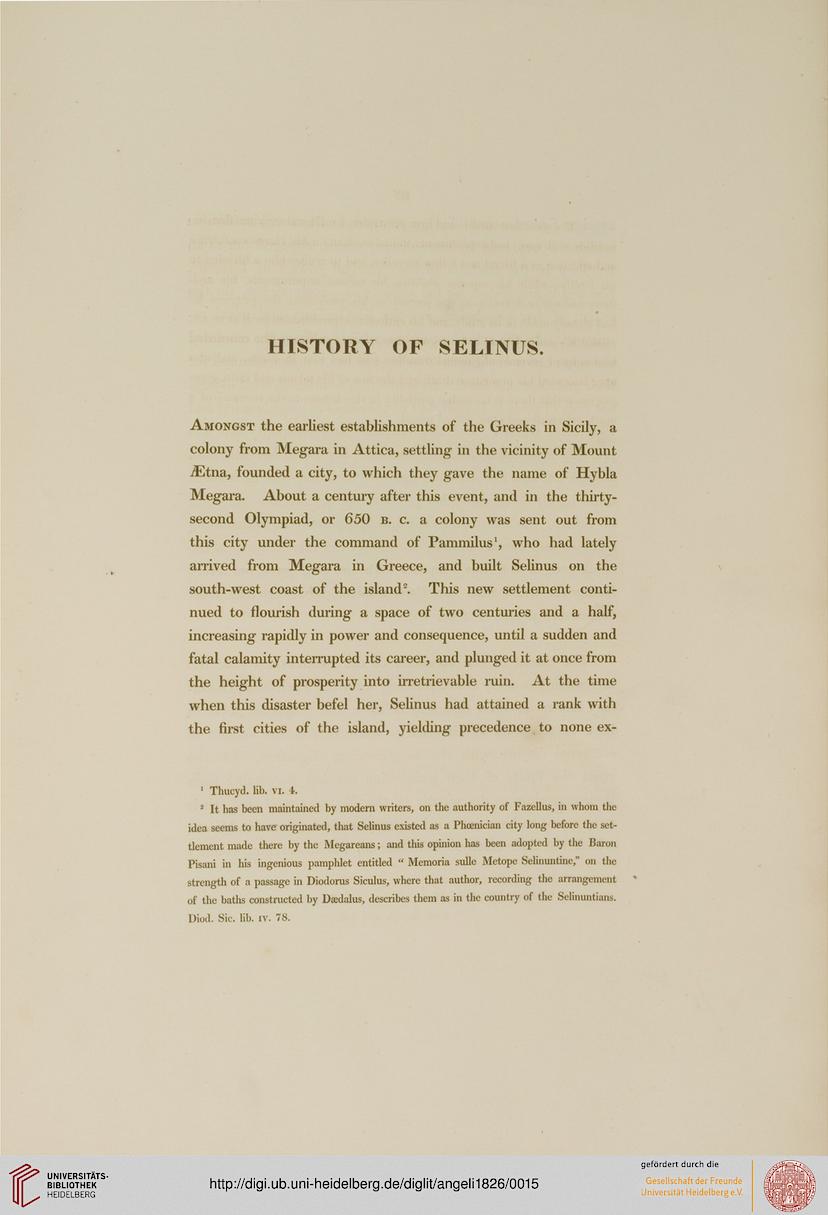 Amongst the earliest establishments of the Greeks in Sicily, a
colony from Megara in Attica, settling in the vicinity of Mount
/Etna, founded a city, to which they gave the name of Hybla
Megara. About a century after this event, and in the thirty-
second Olympiad, or 650 b. c. a colony was sent out from
this city under the command of I'ammilus', who had lately
arrived from Megara in Greece, and built Selinus on the
south-west coast of the island2. This new settlement conti-
nued to flourish during a space of two centuries and a half,
increasing rapidly in power and consequence, until a sudden and
fatal calamity interrupted its career, and plunged it at once from
the height of prosperity into irretrievable ruin. At the time
when this disaster befel her, Selinus had attained a rank with
the first cities of the island, yielding precedence to none ex-

* It has been maintained by modem writers, on the authority of Fazcllns, in whom the
idea seems to have originated, that Selinus existed as a Phoenician city long before the set-
tlement made tliere by the Megareans; and this opinion lias been adopted by (lie Baron
Pisani in his ingenious pamphlet entitled " Memori.i sulk- Mrtopi' Srliiiunlmc," on the
strength of a passage in Diodorus Siculns, where that author, recording the arrangement
of the baths constructed by Daedalus, describes (hem as in the country of (he Seliiiuntians.
Diod. Sic. lib. iv. TK.