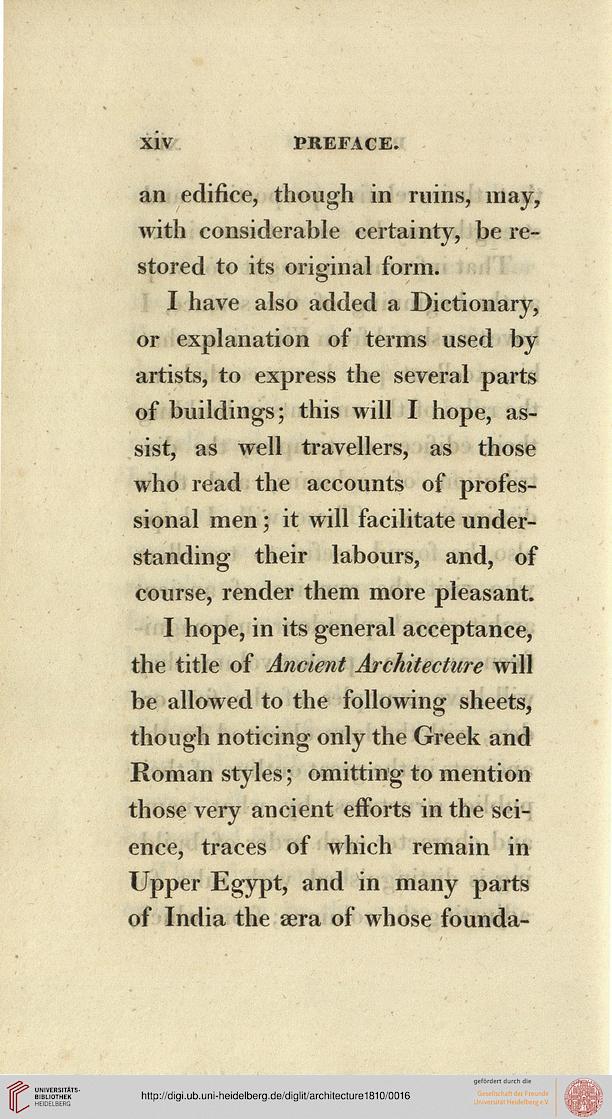 an edifice, though in ruins, may,
with considerable certainty, be re-
stored to its original form.

I have also added a Dictionary,
or explanation of terms used by
artists, to express the several parts
of buildings; this will I hope, as-
sist, as well travellers, as those
who read the accounts of profes-
sional men; it will facilitate under-
standing their labours, and, of
course, render them more pleasant.

I hope, in its general acceptance,
the title of Ancient Architecture will
be allowed to the following sheets,
though noticing only the Greek and
Roman styles; omitting to mention
those very ancient efforts in the sci-
ence, traces of which remain in
Upper Egypt, and in many parts
of India the sera of whose founda-