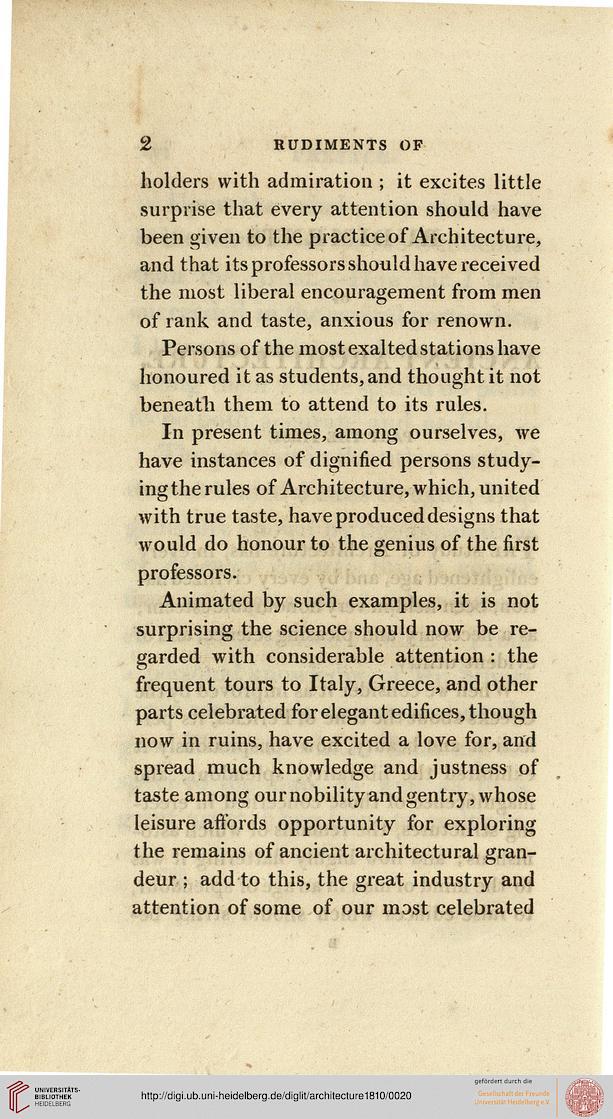 holders with admiration ; it excites little
surprise that every attention should have
been given to the practice of Architecture,
and that its professors should have received
the most liberal encouragement from men
of rank and taste, anxious for renown.

Persons of the most exalted stations have
honoured it as students, and thought it not
beneath them to attend to its rules.

In present times, among ourselves, we
have instances of dignified persons study-
ing the rules of Architecture, which, united
with true taste, have produced designs that
would do honour to the genius of the first
professors.

Animated by such examples, it is not
surprising the science should now be re-
garded with considerable attention : the
frequent tours to Italy, Greece, and other
parts celebrated for elegant edifices, though
now in ruins, have excited a love for, and
spread much knowledge and justness of
taste among our nobility and gentry, whose
leisure affords opportunity for exploring
the remains of ancient architectural gran-
deur ; add to this, the great industry and
attention of some of our most celebrated