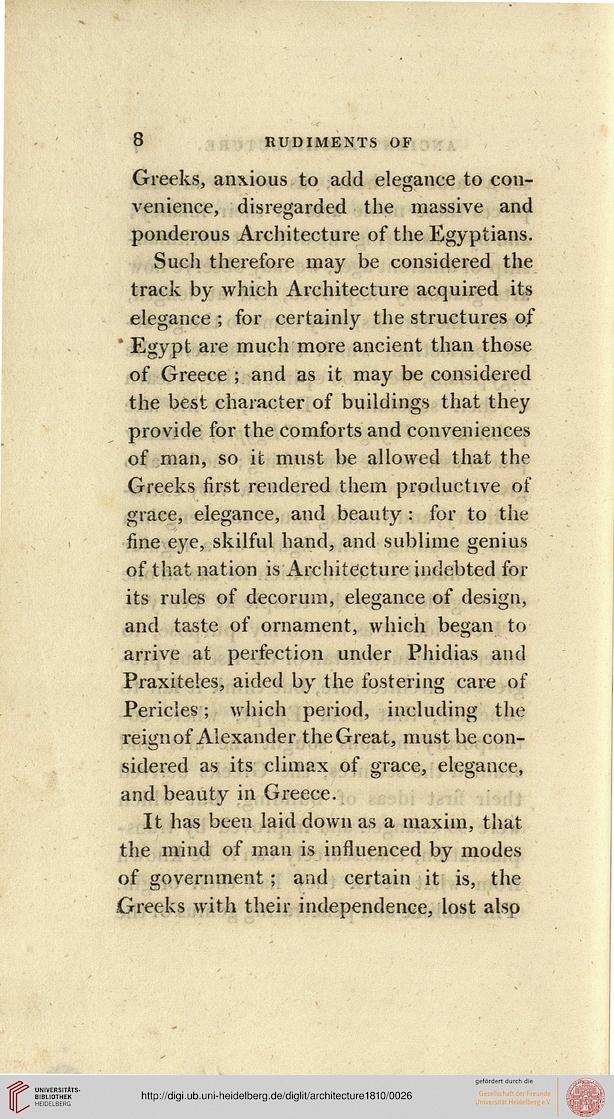 Information about OCR text
8 RUDIMENTS OF

Greeks, anxious to add elegance to con-
venience, disregarded the massive and
ponderous Architecture of the Egyptians.
Such therefore may be considered the
track by which Architecture acquired its
elegance ; for certainly the structures of
' Egypt are much more ancient than those
of Greece ; and as it may be considered
the best character of buildings that they
provide for the comforts and conveniences
of man, so it must be allowed that the
Greeks first rendered them productive of
grace, elegance, and beauty : for to the
fine eye, skilful hand, and sublime genius
of that nation is Architecture indebted for
its rules of decorum, elegance of design,
and taste of ornament, which began to
arrive at perfection under Phidias and
Praxiteles, aided by the fostering care of
Pericles; which period, including the
reign of Alexander the Great, must be con-
sidered as its climax of grace, elegance,
and beauty in Greece.

It has been laid down as a maxim, that
the mind of man is influenced by modes
of government; and certain it is, the
Greeks with their independence, lost alsp