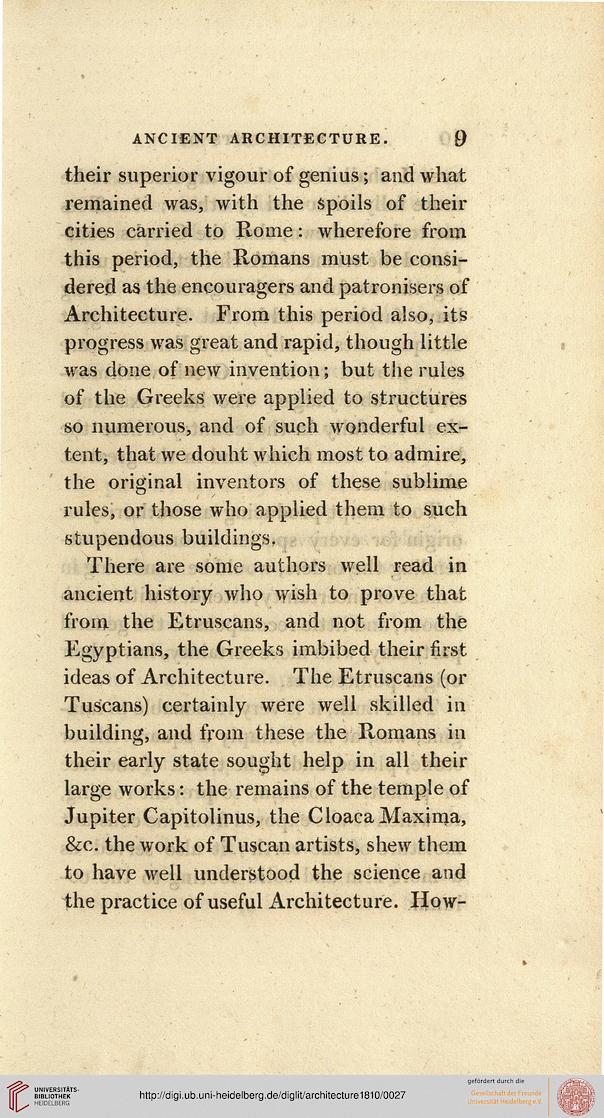 their superior vigour of genius; and what
remained was, with the spoils of their
cities carried to Rome: wherefore from
this period, the Romans must be consi-
dered as the encouragers and patronisers of
Architectui'e. From this period also, its
progress was great and rapid, though little
was done of new invention; but the rules
of the Greeks were applied to structures
so numerous, and of such wonderful ex-
tent, that we douht which most to admire,
the original inventors of these sublime
rules, or those who applied them to such
stupendous buildings.

There are some authors well read in
ancient history who wish to prove that
from the Etruscans, and not from the
Egyptians, the Greeks imbibed their first
ideas of Architecture. The Etruscans (or
Tuscans) certainly were well skilled in
building, and from these the Romans in
their early state sought help in all their
large works: the remains of the temple of
Jupiter Capitolinus, the Cloaca Maxima,
&c. the work of Tuscan artists, shew them
to have well understood the science and
the practice of useful Architecture. How-