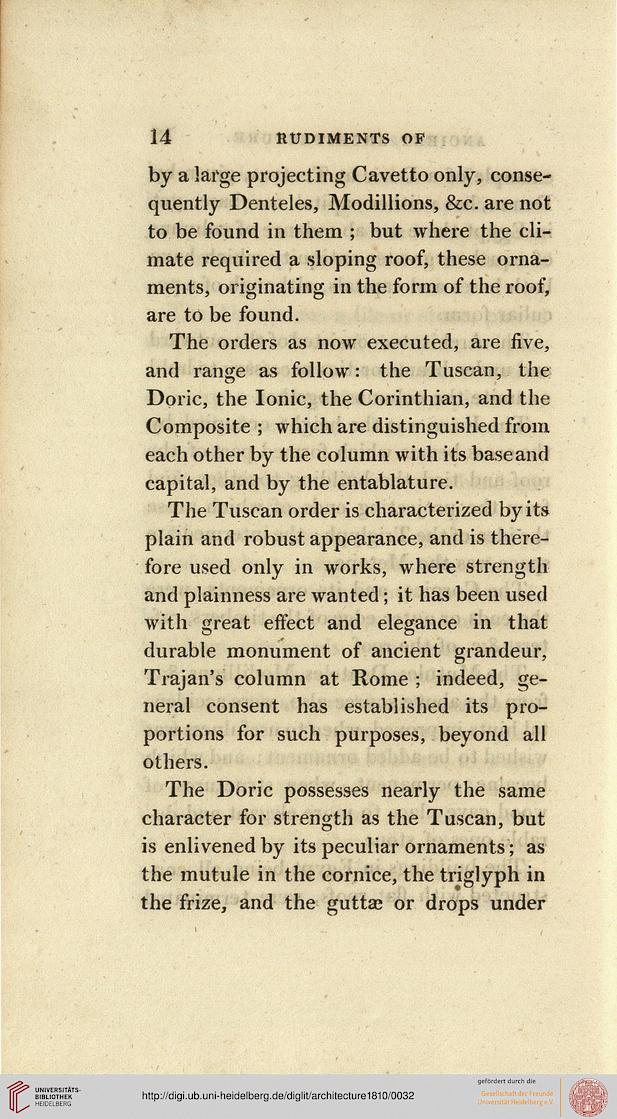 Information about OCR text
14 RUDIMENTS OF

by a large projecting Cavetto only, conse-
quently Denteles, Modillions, &c. are not
to be found in them ; but where the cli-
mate required a sloping roof, these orna-
ments, originating in the form of the roof,
are to be found.

The orders as now executed, are five,
and range as follow: the Tuscan, the
Doric, the Ionic, the Corinthian, and the
Composite ; which are distinguished from
each other by the column with its base and
capital, and by the entablature.

The Tuscan order is characterized by its
plain and robust appearance, and is there-
fore used only in works, where strength
and plainness are wanted; it has been used
with great effect and elegance in that
durable monument of ancient grandeur,
Trajan's column at Rome ; indeed, ge-
neral consent has established its pro-
portions for such purposes, beyond all
others.

The Doric possesses nearly the same
character for strength as the Tuscan, but
is enlivened by its peculiar ornaments; as
the mutule in the cornice, the triglyph in
the frize, and the guttse or drops under