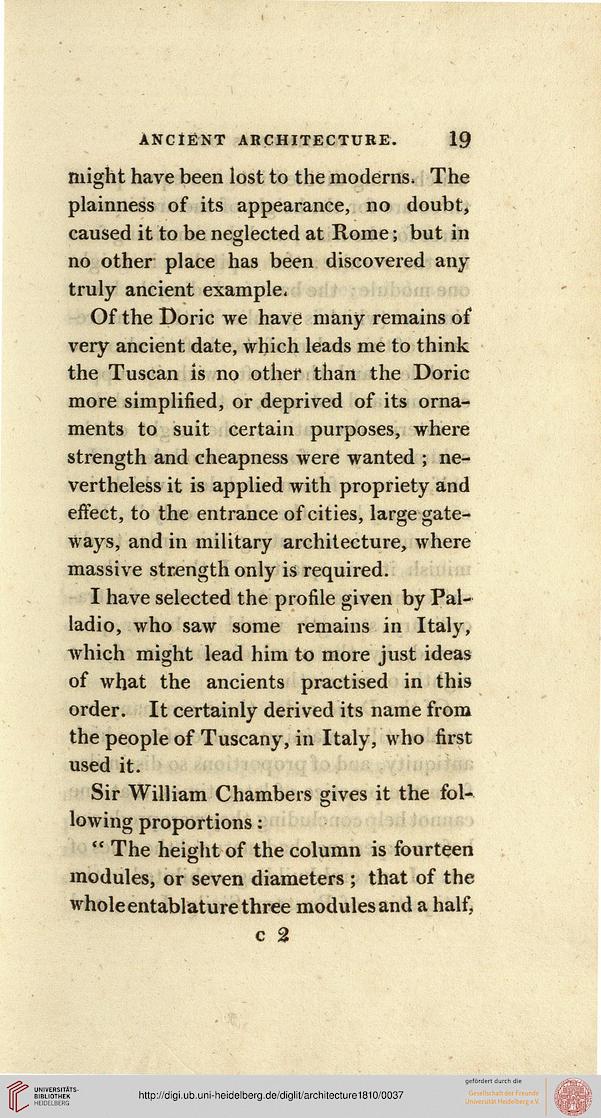 might have been lost to the moderns. The
plainness of its appearance, no doubt,
caused it to be neglected at Rome; but in
no other place has been discovered any
truly ancient example.

Of the Doric we have many remains of
very ancient date, which leads me to think
the Tuscan is no other than the Doric
more simplified, or deprived of its orna-
ments to suit certain purposes, where
strength and cheapness were wanted ; ne-
vertheless it is applied with propriety and
effect, to the entrance of cities, large gate-
ways, and in military architecture, where
massive strength only is required.

I have selected the profile given by Pal-
ladio, who saw some remains in Italy,
which might lead him to more just ideas
of what the ancients practised in this
order. It certainly derived its name from
the people of Tuscany, in Italy, who first
used it.

" The height of the column is fourteen
modules, or seven diameters ; that of the
whole entablature three modules and a half,
c 2