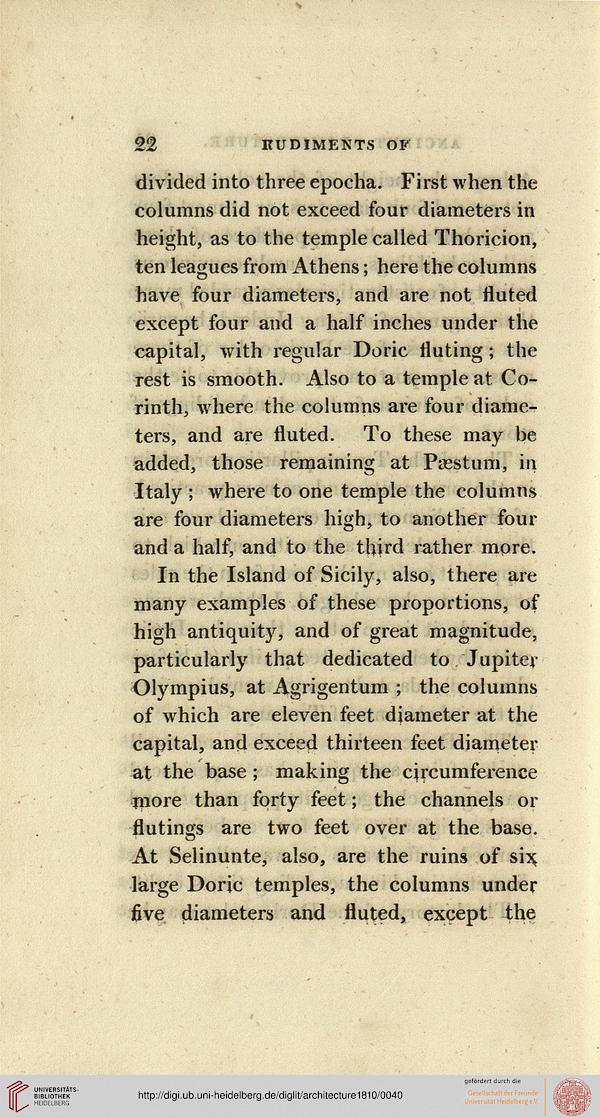 Information about OCR text
22 KUDIMENTS OF

divided into three epocha. First when the
columns did not exceed four diameters in
height, as to the temple called Thoricion,
ten leagues from Athens; here the columns
have four diameters, and are not fluted
except four and a half inches under the
capital, with regular Doric fluting; the
rest is smooth. Also to a temple at Co-
rinth, where the columns are four diame-
ters, and are fluted. To these may be
added, those remaining at Picstum, in
Italy ; where to one temple the columns
are four diameters high, to another four
and a half, and to the third rather more.
In the Island of Sicily, also, there are
many examples of these proportions, of
high antiquity, and of great magnitude,
particularly that dedicated to Jupiter
Olympius, at Agrigentum ; the columns
of which are eleven feet diameter at the
capital, and exceed thirteen feet diameter
at the base; making the circumference
more than forty feet; the channels or
flutings are two feet over at the base.
At Selinunte, also, are the ruins of six^
large Doric temples, the columns under
five diameters and fluted, except the