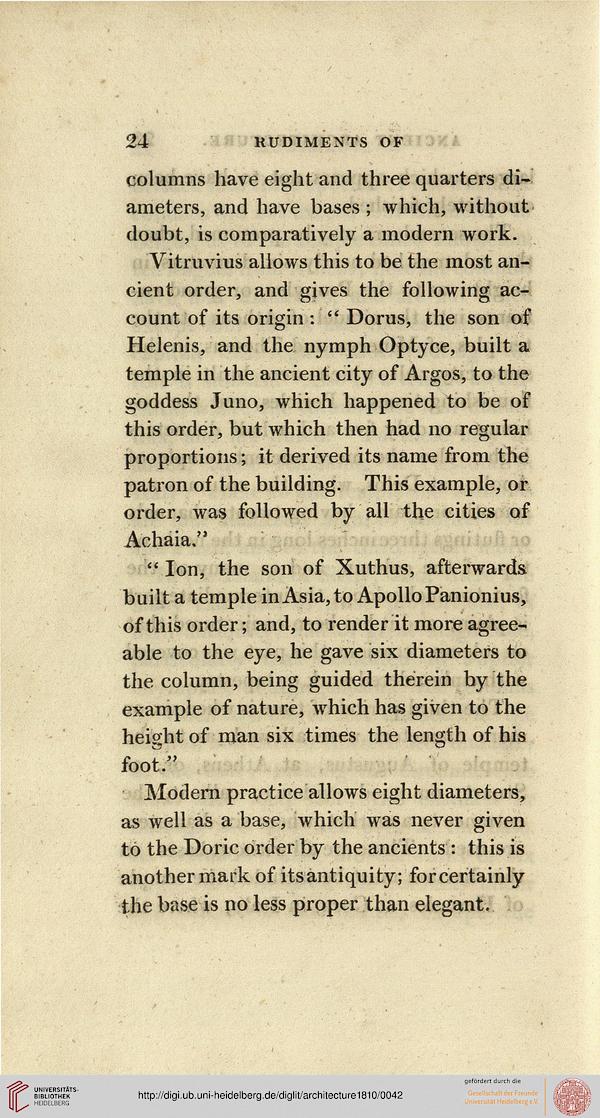 Information about OCR text
24 RUDIMENTS OF

columns have eight and three quarters di-
ameters, and have bases ; which, without
doubt, is comparatively a modern work.

Vitruvius allows this to be the most an-
cient order, and gives the following ac-
count of its origin : " Dorus, the son of
Helenis, and the nymph Optyce, built a
temple in the ancient city of Argos, to the
goddess Juno, which happened to be of
this order, but which then had no regular
proportions; it derived its name from the
patron of the building. This example, or
order, was followed by all the cities of
Achaia."

" Ion, the son of Xuthus, afterwards
built a temple in Asia, to Apollo Panionius,
of this order; and, to render it more agree-
able to the eye, he gave six diameters to
the column, being guided therein by the
example of nature, which has given to the
height of man six times the length of his
foot."

Modern practice allows eight diameters,
as well as a base, which was never given
to the Doric order by the ancients: this is
another mark of its antiquity; forcertainly
the base is no less proper than elegant.