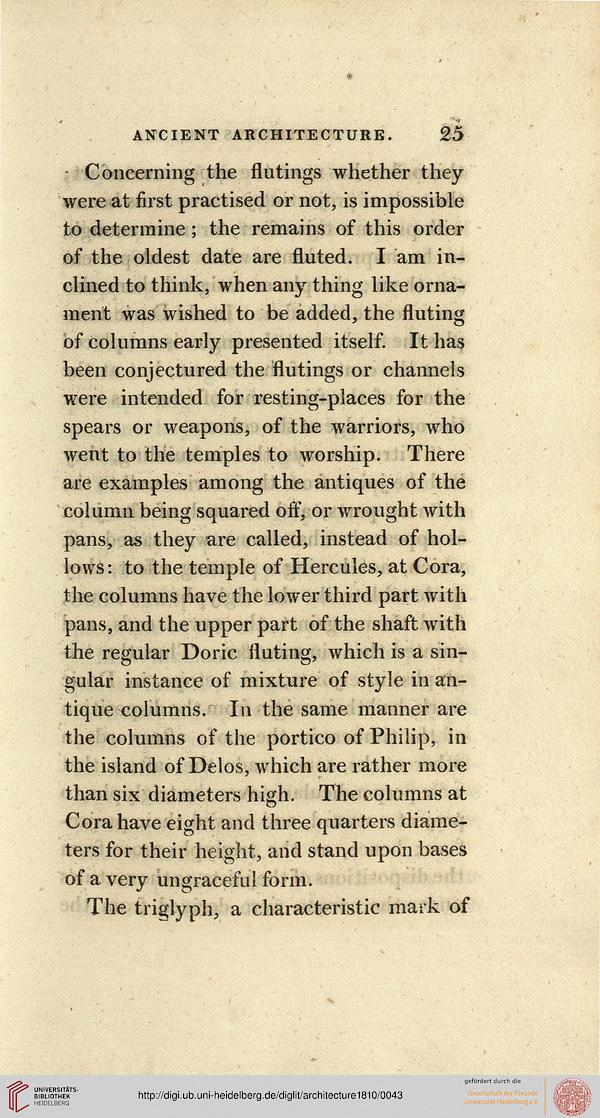 Concerning the flutings whether they
were at first practised or not, is impossible
to determine ; the remains of this order
of the oldest date are fluted. I am in-
clined to think, when any thing like orna-
ment was wished to be added, the fluting
of columns early presented itself. It has
been conjectured the flutings or channels
were intended for resting-places for the
spears or weapons, of the warriors, Avho
went to the temples to worship. There
are examples among the antiques of the
column being squared off, or wrought with
pans, as they are called, instead of hol-
lows: to the temple of Hercules, at Cora,
the columns have the lower third part with
pans, and the upper part of the shaft with
the regular Doric fluting, which is a sin-
gular instance of mixture of style in an-
tique columns. In the same manner are
the columns of the portico of Philip, in
the island of Delos, which are rather more
than six diameters high. The columns at
Cora have eight and three quarters diame-
ters for their height, and stand upon bases
of a very ungraceful form.

The triglyph, a characteristic mark of