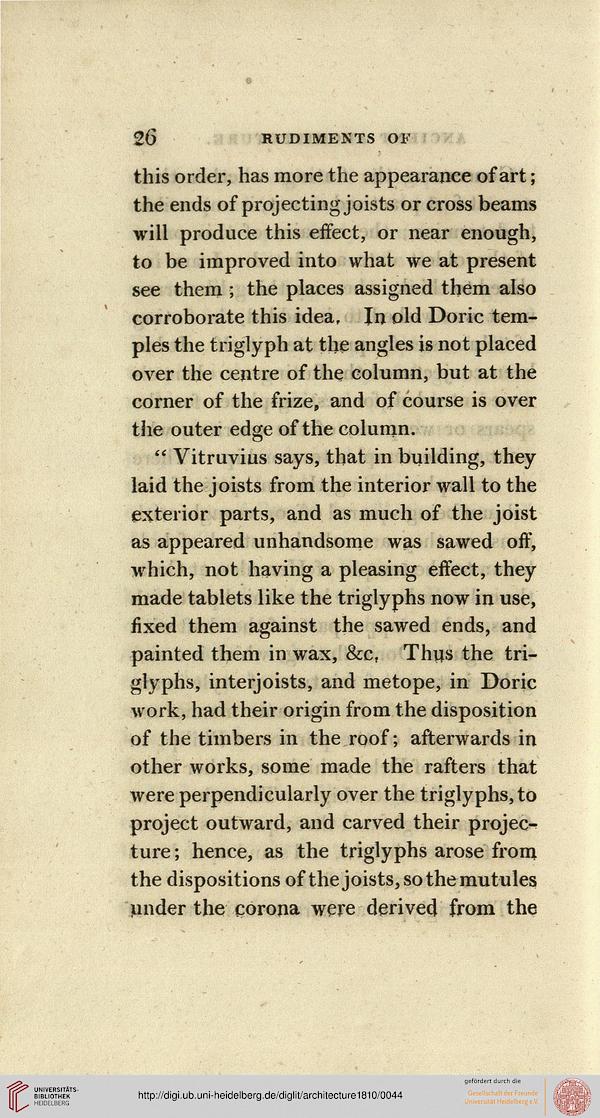 Information about OCR text
26 RUDIMENTS OF

this order, has more the appearance of art;
the ends of projecting joists or cross beams
will produce this effect, or near enough,
to be improved into what we at present
see them ; the places assigned them also
corroborate this idea. In old Doric tem-
ples the triglyph at the angles is not placed
over the centre of the column, but at the
corner of the frize, and of course is over
the outer edge of the column.

" Vitruvius says, that in building, they
laid the joists from the interior wall to the
exterior parts, and as much of the joist
as appeared unhandsome was sawed off,
which, not having a pleasing effect, they
made tablets like the triglyphs now in use,
fixed them against the sawed ends, and
painted them in wax, &c, Thus the tri-
glyphs, interjoists, and metope, in Doric
work, had their origin from the disposition
of the timbers in the roof; afterwards in
other works, some made the rafters that
were perpendicularly over the triglyphs, to
project outward, and carved their project
ture; hence, as the triglyphs arose from
the dispositions of the joists, so the mutules
under the corona were derived from the