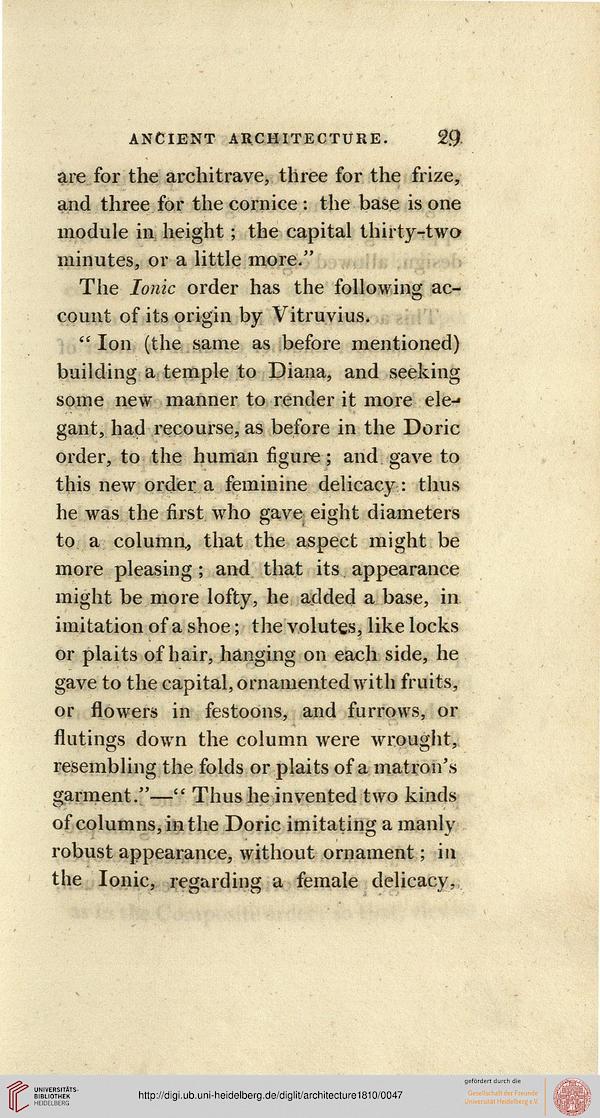 are for the architrave, three for the frize,
and three for the cornice : the base is one
module in height; the capital thirty-two
minutes, or a little more/'

The Ionic order has the following ac-
count of its origin by Vitruvius.

"Ion (the same as before mentioned)
building a temple to Diana, and seeking
some new manner to render it more ele-1
gant,. had recourse, as before in the Doric
order, to the human figure; and gave to
this new order a feminine delicacy: thus
he was the first who gave eight diameters
to a column., that the aspect might be
more pleasing ; and that its appearance
might be more lofty, he added a base, in
imitation of a shoe; the volutes, like locks
or plaits of hair, hanging on each side, he
gave to the capital, ornamented with fruits,
or flowers in festoons, and furrows, or
flutings down the column were wrought,
resembling the folds or plaits of a matron's
garment."—" Thus he invented two kinds
of columns, in the Doric imitating a manly
robust appearance, without ornament; in
the Ionic, regarding a female delicacy,