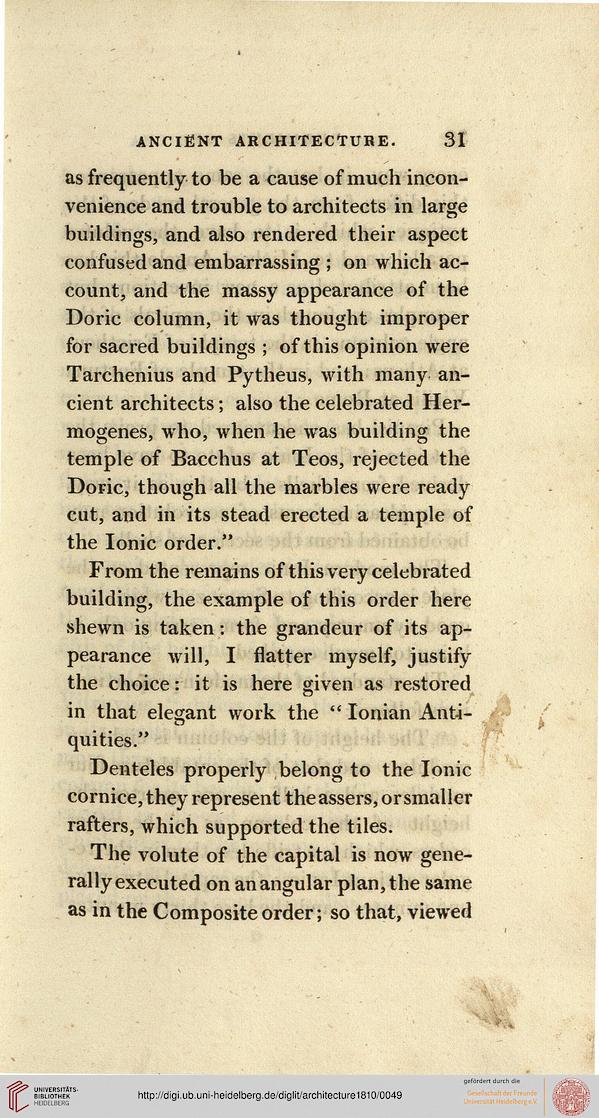 as frequently to be a cause of much incon-
venience and trouble to architects in large
buildings, and also rendered their aspect
confused and embarrassing ; on which ac-
count, and the massy appearance of the
Doric column, it was thought improper
for sacred buildings ; of this opinion were
Tarchenius and Pytheus, with many an-
cient architects; also the celebrated Her-
mogenes, who, when he was building the
temple of Bacchus at Teos, rejected the
Doric, though all the marbles Mere ready
cut, and in its stead erected a temple of
the Ionic order."

From the remains of this very celebrated
building, the example of this order here
shewn is taken: the grandeur of its ap-
pearance will, I flatter myself, justify
the choice: it is here given as restored
in that elegant work the " Ionian Anti-
quities.

Denteles properly belong to the Ionic
cornice, they represent the assers, or smaller
rafters, which supported the tiles.

The volute of the capital is now gene-
rally executed on an angular plan, the same
as in the Composite order; so that, viewed