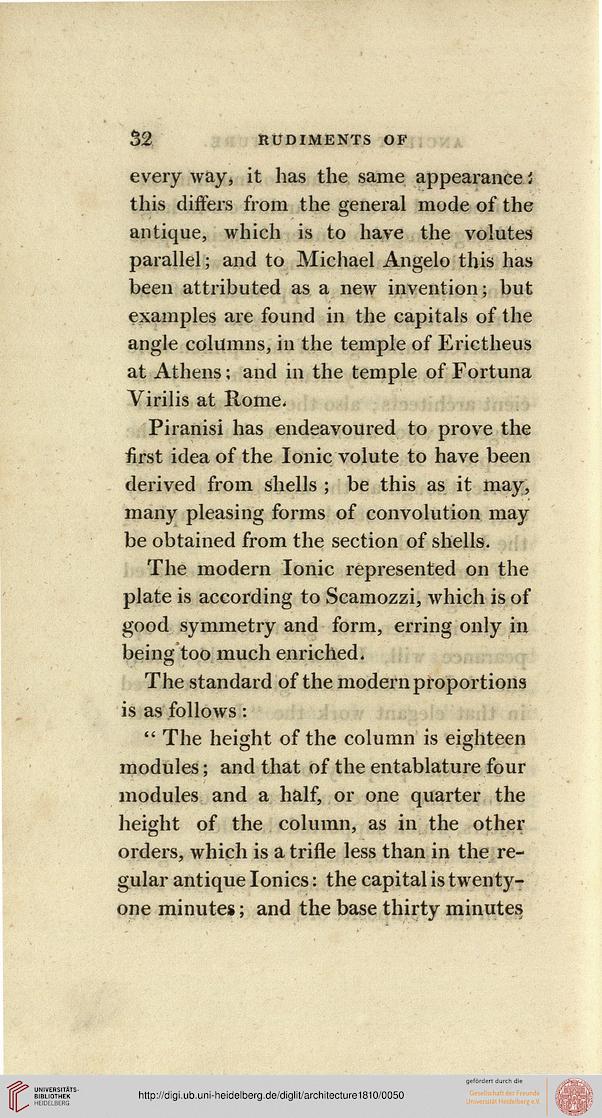 Information about OCR text
52 RUDIMENTS OF

every way* it has the same appearance.5
this differs from the general mode of the
antique, which is to have the volutes
parallel; and to Michael Angelo this has
been attributed as a new invention; but
examples are found in the capitals of the
angle columns, in the temple of Erictheus
at Athens; and in the temple of Fortuna
Virilis at Rome.

Piranisi has endeavoured to prove the
first idea of the Ionic volute to have been
derived from shells ; be this as it may,
many pleasing forms of convolution may
be obtained from the section of shells.

The modern Ionic represented on the
plate is according to Scamozzi, which is of
good symmetry and form, erring only in
being too much enriched.

The standard of the modern proportions
is as follows:

" The height of the column is eighteen
modules; and that of the entablature four
modules and a half, or one quarter the
height of the column, as in the other-
orders, which is a trifle less than in the re-
gular antique Ionics: the capital is twenty-
one minutes; and the base thirty minutes