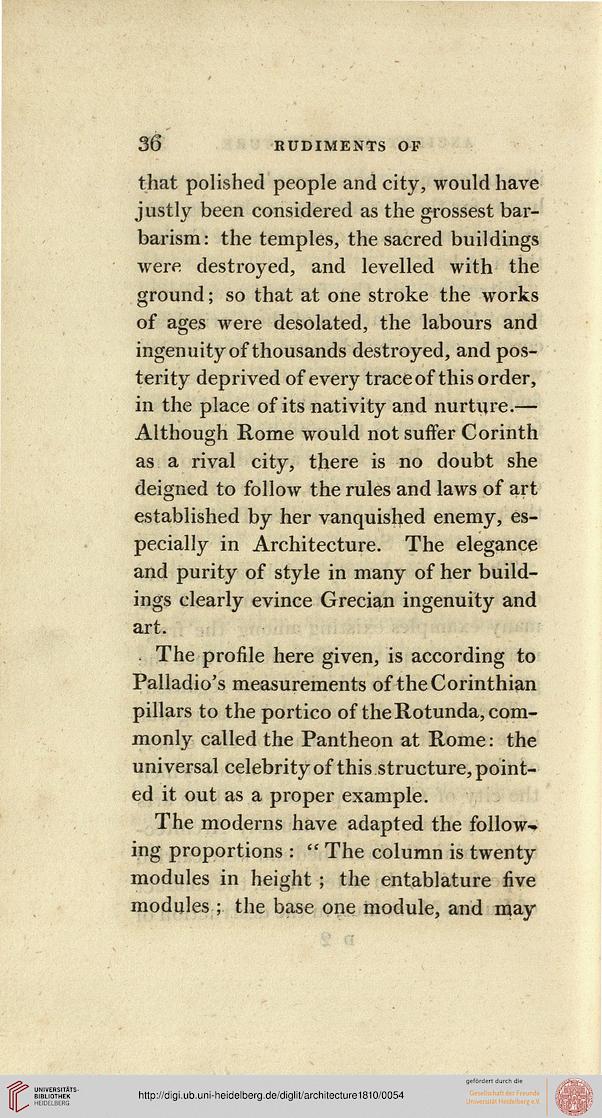 Information about OCR text
36 RUDIMENTS OF

that polished people and city, would have
justly been considered as the grossest bar-
barism: the temples, the sacred buildings
were destroyed, and levelled with the
ground; so that at one stroke the works
of ages were desolated, the labours and
ingenuity of thousands destroyed, and pos-
terity deprived of every trace of this order,
in the place of its nativity and nurture.—
Although Rome would not suffer Corinth
as a rival city, there is no doubt she
deigned to follow the rules and laws of art
established by her vanquished enemy, es-
pecially in Architecture. The elegance
and purity of style in many of her build-
ings clearly evince Grecian ingenuity and
art.

. The profile here given, is according to
Palladio's measurements of the Corinthian
pillars to the portico of the Rotunda, com-
monly called the Pantheon at Rome: the
universal celebrity of this structure, point-
ed it out as a proper example.

The moderns have adapted the follow-,
ing proportions : " The column is twenty
modules in height ; the entablature five
modules ; the base one module, and may