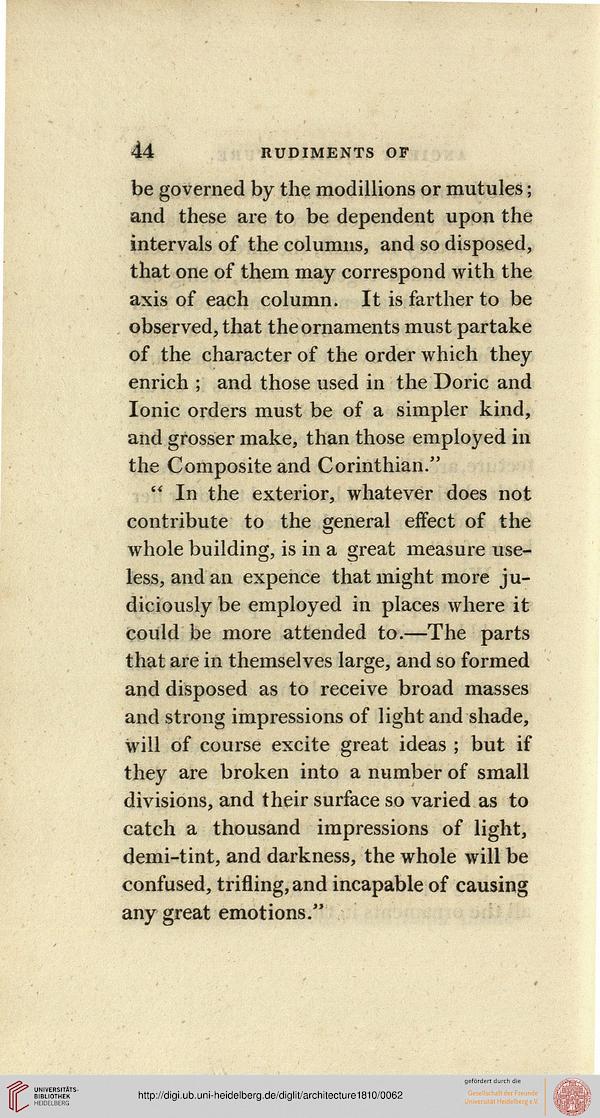 Information about OCR text
44 RUDIMENTS OF

be governed by the modillions or mutules;
and these are to be dependent upon the
intervals of the columns, and so disposed,
that one of them may correspond with the
axis of each column. It is farther to be
observed, that the ornaments must partake
of the character of the order which they
enrich ; and those used in the Doric and
Ionic orders must be of a simpler kind,
and grosser make, than those employed in
the Composite and Corinthian."

" In the exterior, whatever does not
contribute to the general effect of the
whole building, is in a great measure use-
less, and an expence that might more ju-
diciously be employed in places where it
Could be more attended to.—The parts
that are in themselves large, and so formed
and disposed as to receive broad masses
and strong impressions of light and shade,
will of course excite great ideas ; but if
they are broken into a number of small
divisions, and their surface so varied as to
catch a thousand impressions of light,
demi-tint, and darkness, the whole will be
confused, trifling, and incapable of causing
any great emotions."