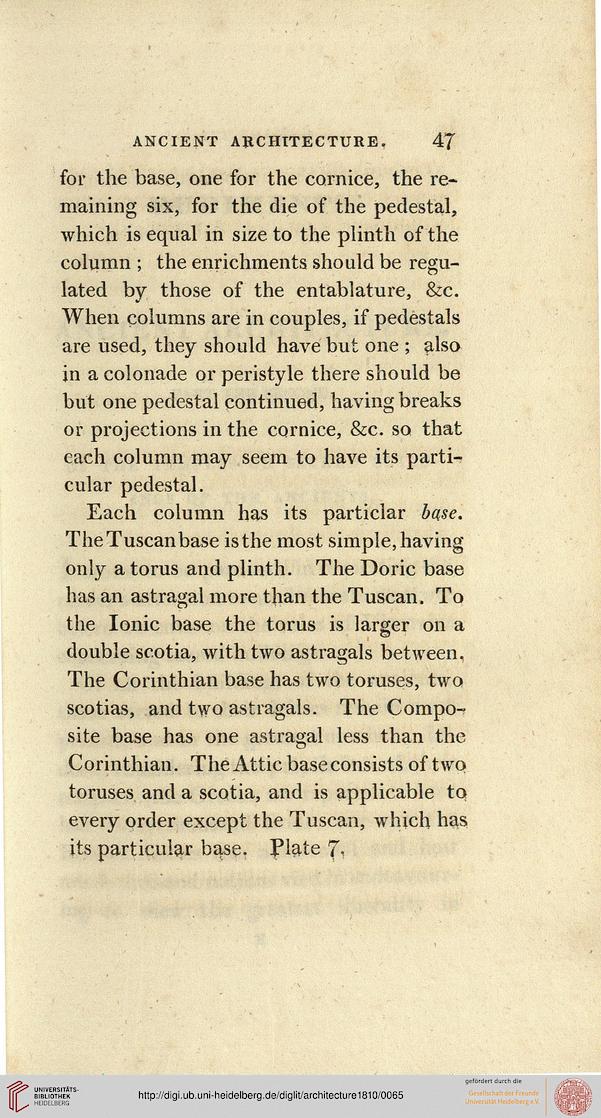 for the base, one for the cornice, the re-
maining six, for the die of the pedestal,
which is equal in size to the plinth of the
column ; the enrichments should be regu-
lated by those of the entablature, &c.
When columns are in couples, if pedestals
are used, they should have but one ; also
in a colonade or peristyle there should be
but one pedestal continued, having breaks
or projections in the cornice, &c. so that
each column may seem to have its parti-
cular pedestal.

Each column has its particlar base.
TheTuscanbase is the most simple, having
only a torus and plinth. The Doric base
has an astragal more than the Tuscan. To
the Ionic base the torus is larger on a
double scotia, with two astragals between,
The Corinthian base has two toruses, two
scotias, and two astragals. The Compo-
site base has one astragal less than the
Corinthian. The Attic base consists of two
toruses and a scotia, and is applicable tq
every order except the Tuscan, which has;
its particular base. Plate J,