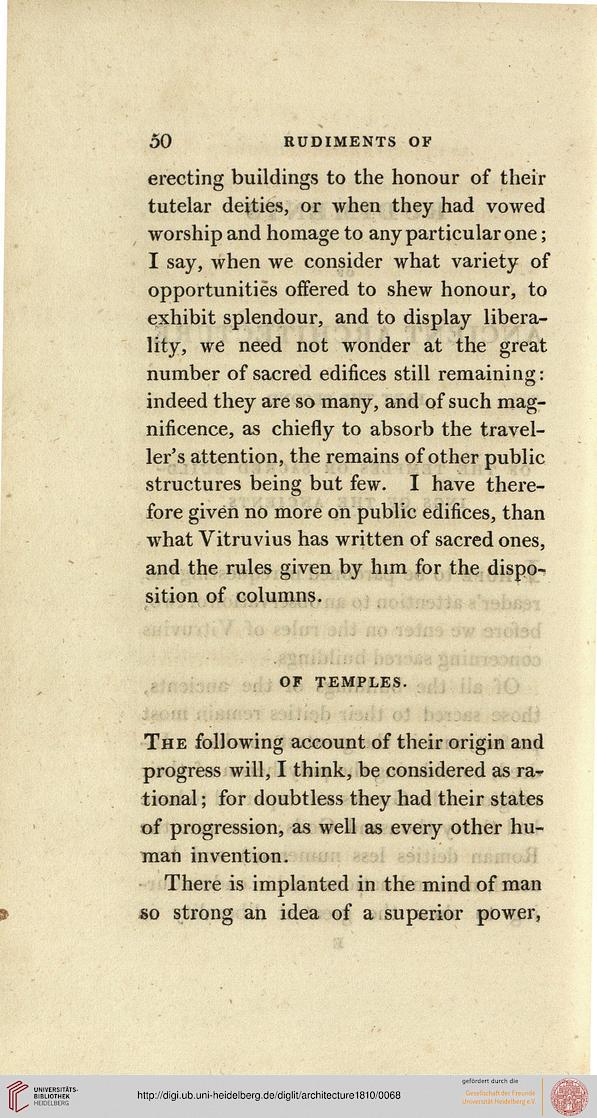 erecting buildings to the honour of their
tutelar deities, or when they had vowed
worship and homage to any particular one;
I say, when we consider what variety of
opportunities offered to shew honour, to
exhibit splendour, and to display libera-
lity, we need not wonder at the great
number of sacred edifices still remaining:
indeed they are so many, and of such mag-
nificence, as chiefly to absorb the travel-
ler's attention, the remains of other public
structures being but few. I have there-
fore given no more on public edifices, than
what Vitruvius has written of sacred ones,
and the rules given by him for the dispo^
sition of columns.

The following account of their origin and
progress will, I think, be considered as ra-r
tional; for doubtless they had their states
of progression, as well as every other hu-
man invention.

There is implanted in the mind of man
so strong an idea of a superior power,