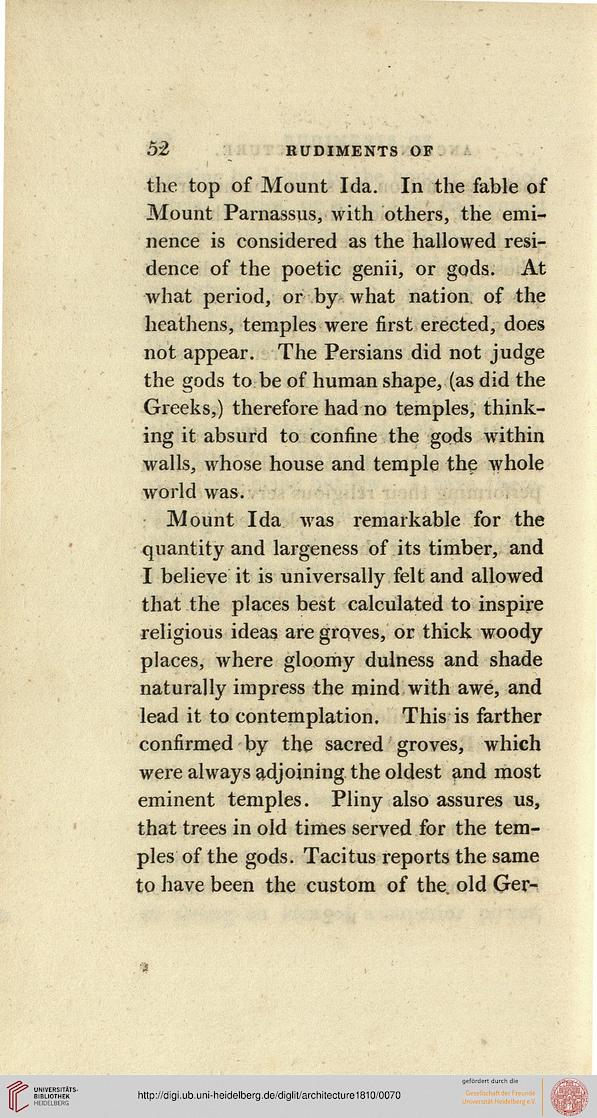 Information about OCR text
52 RUDIMENTS OF

the top of Mount Ida. In the fable of
Mount Parnassus, with others, the emi-
nence is considered as the hallowed resi-
dence of the poetic genii, or gods. At
what period, or by what nation, of the
heathens, temples were first erected, does
not appear. The Persians did not judge
the gods to be of human shape, (as did the
Greeks,) therefore had no temples, think-
ing it absurd to confine the gods within
walls, whose house and temple the whole
world was.

Mount Ida was remarkable for the
quantity and largeness of its timber, and
I believe it is universally felt and allowed
that the places best calculated to inspire
religious ideas are groves, or thick woody
places, where gloomy dulness and shade
naturally impress the mind with awe, and
lead it to contemplation. This is farther
confirmed by the sacred groves, which
were always adjoining the oldest and most
eminent temples. Pliny also assures us,
that trees in old times served for the tem-
ples of the gods. Tacitus reports the same
to have been the custom of the. old Ger-