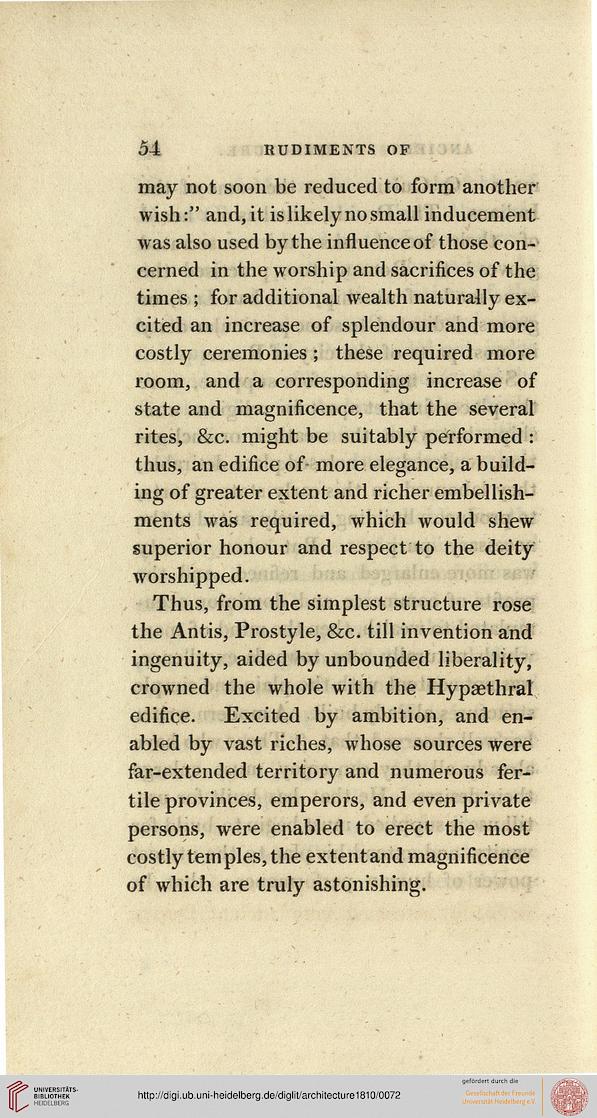 Information about OCR text
54 RUDIMENTS OF

may not soon be reduced to form another
wish:" and, it is likely no small inducement
was also used by the influence of those con-
cerned in the worship and sacrifices of the
times ; for additional wealth naturally ex-
cited an increase of splendour and more
costly ceremonies ; these required more
room, and a corresponding increase of
state and magnificence, that the several
rites, &c. might be suitably performed :
thus, an edifice of more elegance, a build-
ing of greater extent and richer embellish-
ments was required, which would shew
superior honour and respect to the deity
worshipped.

Thus, from the simplest structure rose
the Antis, Prostyle, &c. till invention and
ingenuity, aided by unbounded liberality,
crowned the whole with the Hypaethral
edifice. Excited by ambition, and en-
abled by vast riches, whose sources were
far-extended territory and numerous fer-
tile provinces, emperors, and even private
persons, were enabled to erect the most
costly tern pies, the extent and magnificence
of which are truly astonishing.