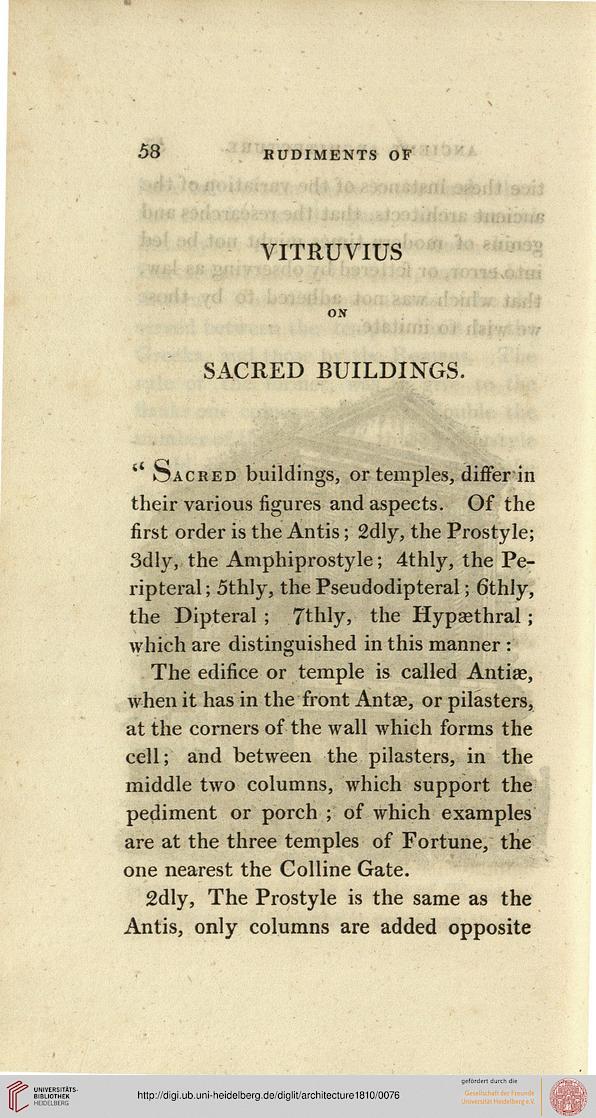 Information about OCR text
58 KUDIMENTS OF

" oaceed buildings, or temples, differ in
their various figures and aspects. Of the
first order is the Antis; 2dly, the Prostyle;
3dly, the Anvphiprostyle; 4thly, the Pe-
ripteral ; 5thly, the Pseudodipteral; 6thly,
the Dipteral ; 7thly, the Hypaethral;
which are distinguished in this manner :

The edifice or temple is called Antias,
when it has in the front Antse, or pilasters,
at the corners of the wall which forms the
cell; and between the pilasters, in the
middle two columns, which support the
pediment or porch ; of which examples
are at the three temples of Fortune, the
one nearest the Colline Gate.

2dly, The Prostyle is the same as the
Antis, only columns are added opposite