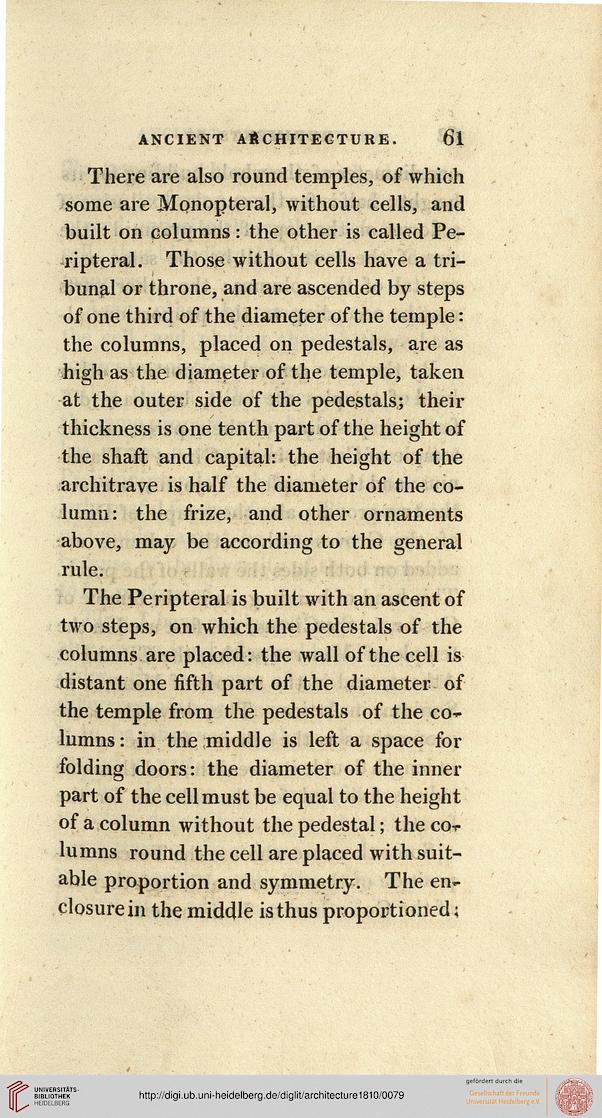 The Peripteral is built with an ascent of
two steps, on which the pedestals of the
columns are placed: the wall of the cell is
distant one fifth part of the diameter of
the temple from the pedestals of the co-
lumns: in the middle is left a space for
folding doors: the diameter of the inner
part of the cell must be equal to the height
of a column without the pedestal; the cor
lumns round the cell are placed with suit-
able proportion and symmetry. The en-
closure in the middle is thus proportioned;