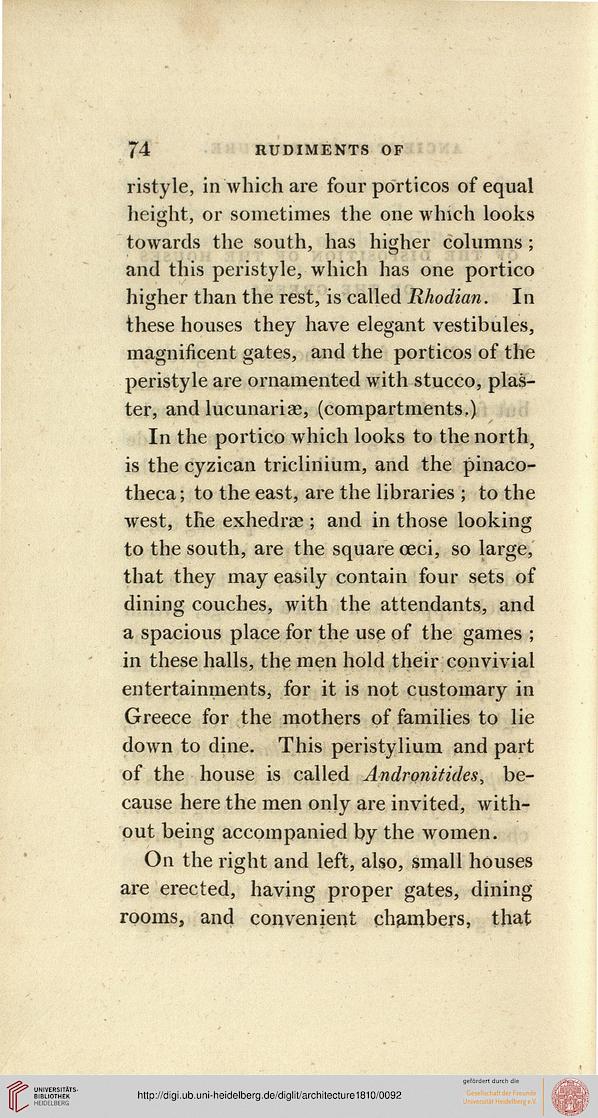 Information about OCR text
74 RUDIMENTS OF

ristyle, in'which are four porticos of equal
height, or sometimes the one which looks
towards the south, has higher columns ;
and this peristyle, which has one portico
higher than the rest, is called Rhodian. In
these houses they have elegant vestibules,
magnificent gates, and the porticos of the
peristyle are ornamented with stucco, plas-
ter, and lucunariae, (compartments,)

In the portico which looks to the north,
is the cyzican triclinium, and the pinaco-
theca; to the east, are the libraries ; to the
west, the exhedras ; and in those looking
to the south, are the square ceci, so large,
that they may easily contain four sets of
dining couches, with the attendants, and
a spacious place for the use of the games ;
in these halls, the men hold their convivial
entertainments, for it is not customary in
Greece for the mothers of families to lie
down to dine. This peristylium and part
of the house is called Andronitides, be-
cause here the men only are invited, with-
out being accompanied by the women.

On the right and left, also, small houses
are erected, having proper gates, dining
and convenient chambers, that