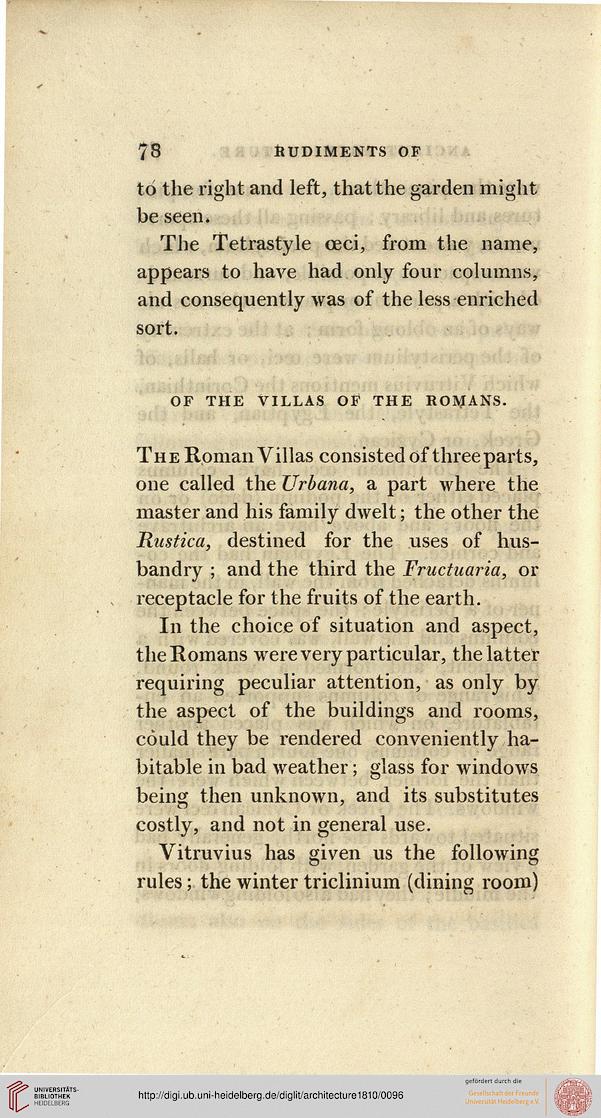 to the right and left, that the garden might
be seen.

The Tetrastyle oeci, from the name,
appears to have had only four columns,
and consequently was of the less enriched
sort.

OF THE VILLAS OF THE ROMANS.

The Roman Villas consisted of three parts,
one called the Urbana, a part where the
master and his family dwelt; the other the
Rustica, destined for the uses of hus-
bandry ; and the third the Fructuaria, or
receptacle for the fruits of the earth.

In the choice of situation and aspect,
the Romans were very particular, the latter
requiring peculiar attention, as only by
the aspect of the buildings and rooms,
could they be rendered conveniently ha-
bitable in bad weather; glass for windows
being then unknown, and its substitutes
costly, and not in general use.

Vitruvius has given us the following
rules; the winter triclinium (dining room)