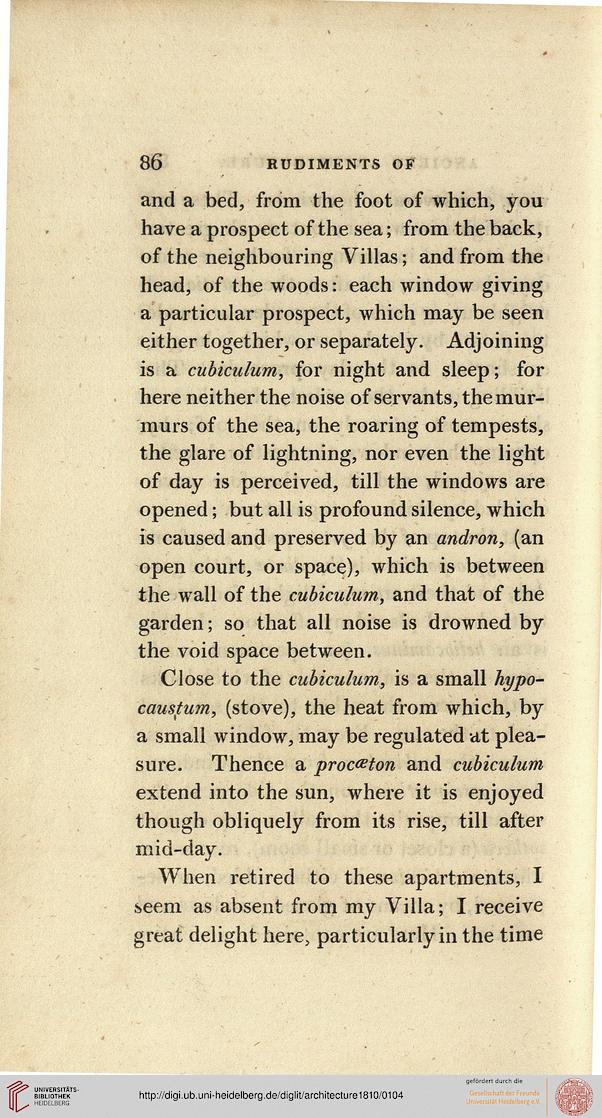 Information about OCR text
86 RUDIMENTS OF1

and a bed, from the foot of which, you
have a prospect of the sea; from the back,
of the neighbouring Villas; and from the
head, of the woods: each window giving
a particular prospect, which may be seen
either together, or separately. Adjoining
is a cubiculum, for night and sleep; for
here neither the noise of servants, the mur-
murs of the sea, the roaring of tempests,
the glare of lightning, nor even the light
of day is perceived, till the windows are
opened; but all is profound silence, which
is caused and preserved by an andron, (an
open court, or space), which is between
the wall of the cubiculum, and that of the
garden; so that all noise is drowned by
the void space between.

Close to the cubiculum, is a small hypo-
causfum, (stove), the heat from which, by
a small window, may be regulated at plea-
sure. Thence a proc&ton and cubiculum
extend into the sun, where it is enjoyed
though obliquely from its rise, till after
mid-day.

When retired to these apartments, I
seem as absent from my Villa; I receive
great delight here, particularly in the time