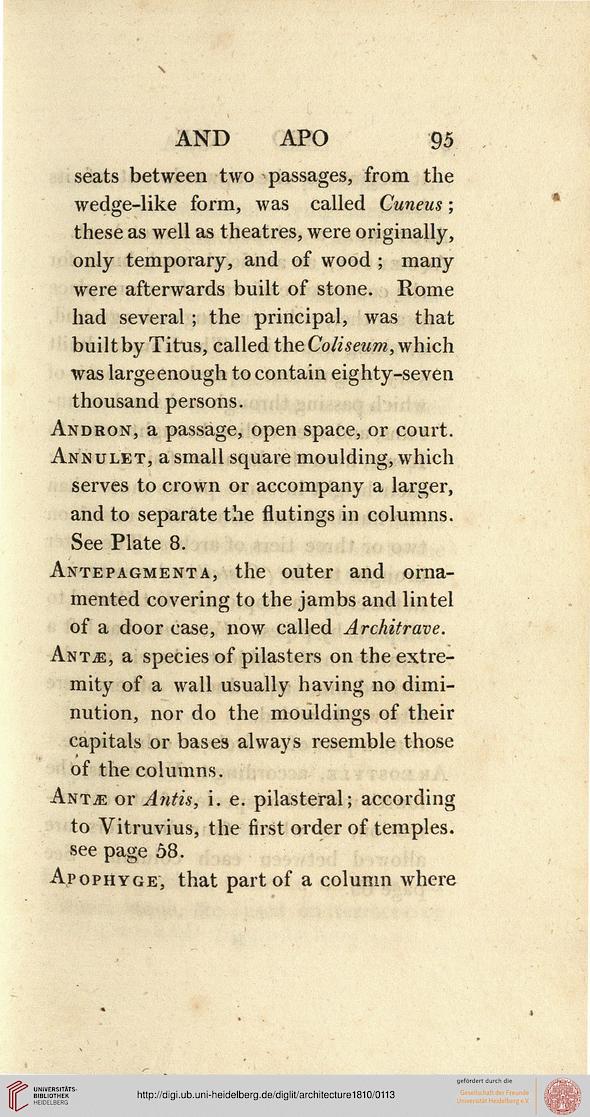 Information about OCR text
AND APO 95

seats between two passages, from the
wedge-like form, was called Cuneus;
these as well as theatres, were originally,
only temporary, and of wood ; many
were afterwards built of stone. Rome
had several ; the principal, was that
built by Titus, called the Coliseum, which
was large enough to contain eighty-seven
thousand persons.

Annulet, a small square moulding, which
serves to crown or accompany a larger,
and to separate the flutings in columns.
See Plate 8.

Antepagmenta, the outer and orna-
mented covering to the jambs and lintel
of a door case, now called Architrave.

AntjE, a species of pilasters on the extre-
mity of a wall usually having no dimi-
nution, nor do the mouldings of their
capitals or bases always resemble those
of the columns.

AntjE or Antis, i. e. pilasteral; according

to Vitruvius, the first order of temples,
see page 58.

Apophyge, that part of a column where