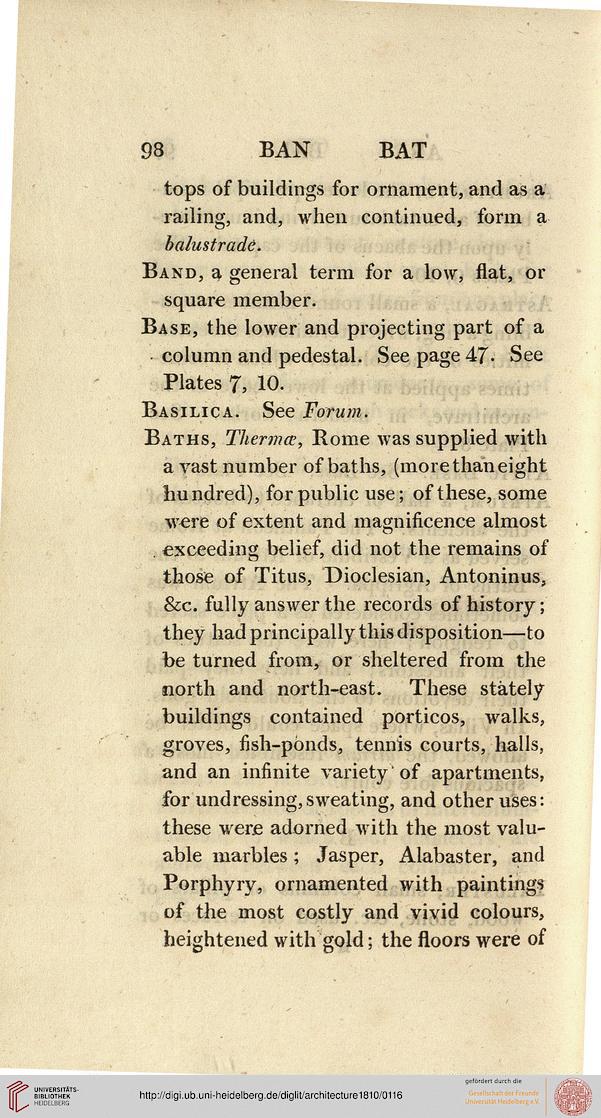 tops of buildings for ornament, and as a
railing, and, when continued, form a
balustrade.

Band, a general term for a low, flat, or
square member.

Base, the lower and projecting part of a
column and pedestal. See page 47- See
Plates 7, 10.

Baths, Thermce, Rome was supplied with
a vast number of baths, (more than eight
hundred), for public use; of these, some
were of extent and magnificence almost
. exceeding belief, did not the remains of
those of Titus, Dioclesian, Antoninus,
&c. fully answer the records of history;
they had principally this disposition—to
be turned from, or sheltered from the
north and north-east. These stately
buildings contained porticos, walks,
groves, fish-ponds, tennis courts, halls,
and an infinite variety' of apartments,
for undressing, sweating, and other uses:
these were adorned with the most valu-
able marbles; Jasper, Alabaster, and
Porphyry, ornamented with paintings
of the most costly and vivid colours,
heightened with gold; the floors were of