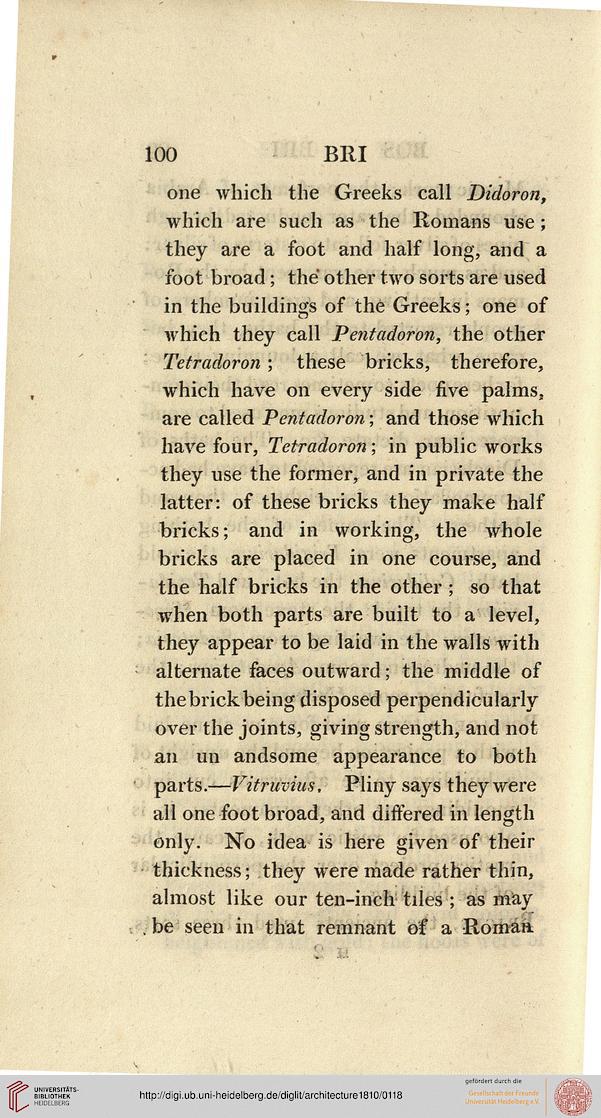 one which the Greeks call Didoron,
which are such as the Romans use;
they are a foot and half long, and a
foot broad; the other two sorts are used
in the buildings of the Greeks; one of
which they call Pentadoron, the other
Tetradoron; these bricks, therefore,
which have on every side five palms,
are called Pentadoron; and those which
have four, Tetradoron; in public works
they use the former, and in private the
latter: of these bricks they make half
bricks; and in working, the whole
bricks are placed in one course, and
the half bricks in the other ; so that
when both parts are built to a level,
they appear to be laid in the walls with
alternate faces outward; the middle of
the brick being disposed perpendicularly
over the joints, giving strength, and not
an un andsome appearance to both
parts.—Vitruvius, Pliny says they were
all one foot broad, and differed in length
only. No idea is here given of their
thickness; they were made rather thin,
almost like our ten-inch tiles ; as may
be seen in that remnant of a Roman.