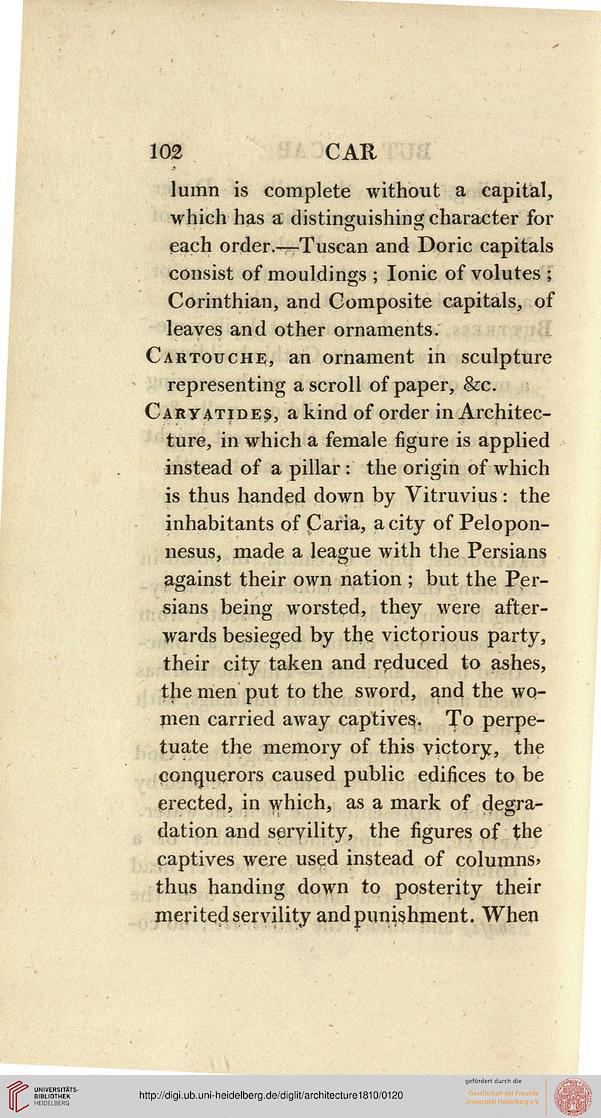 lumn is complete without a capital,
which has a distinguishing character for
each order.-—Tuscan and Doric capitals
consist of mouldings ; Ionic of volutes ;
Corinthian, and Composite capitals, of
leaves and other ornaments.

Cartouche, an ornament in sculpture
representing a scroll of paper, &c.

Caryatides, a kind of order in Architec-
ture, in which a female figure is applied
instead of a pillar: the origin of which
is thus handed down by Vitruvius : the
inhabitants of Paria, a city of Pelopon-
nesus, made a league with the Persians
against their own nation ; but the Per-
sians being worsted, they were after-
wards besieged by the victprious party,
their city taken and reduced to ashes,
the men put to the sword, and the wo-
men carried away captives-, To perpe-
tuate the memory of this victory, the
conquerors caused public edifices to be
erected, in which, as a mark of degra-
dation and servility, the figures of the
captives were used instead of columns*
thus handing down to posterity their
merited servility and punishment. When