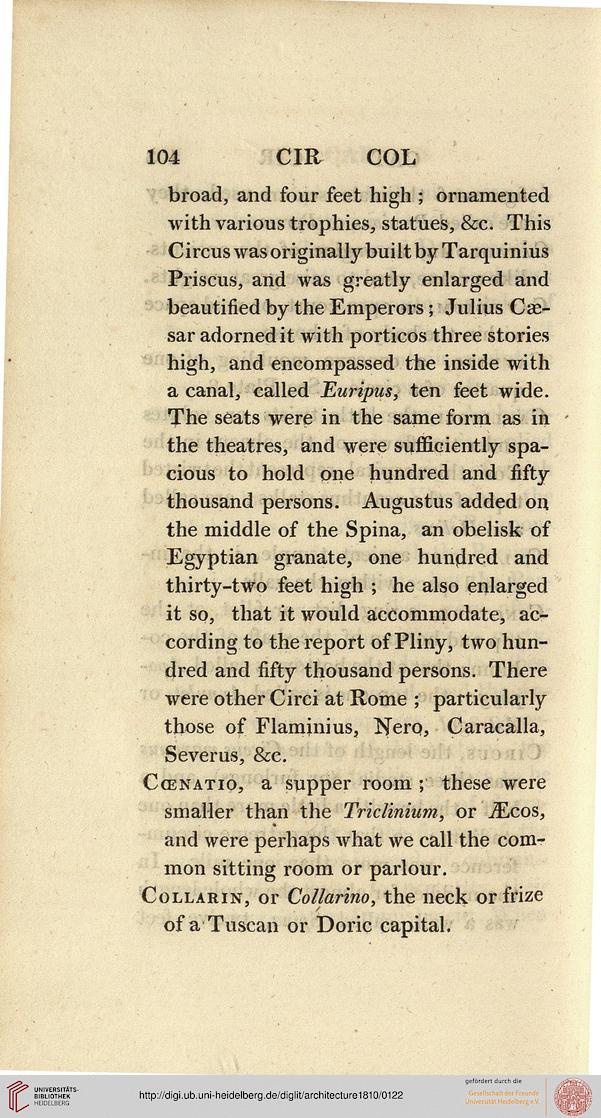 broad, and four feet high ; ornamented
with various trophies, statues, &c. This
Circus was originally built by Tarquinius
Priscus, and was greatly enlarged and
beautified by the Emperors; Julius Cae-
sar adorned it with porticos three stories
high, and encompassed the inside with
a canal, called Euripus, ten feet wide.
The seats were in the same form as in
the theatres, and were sufficiently spa-
cious to hold one hundred and fifty
thousand persons. Augustus added on
the middle of the Spina, an obelisk of
Egyptian granate, one hundred and
thirty-two feet high ; he also enlarged
it so, that it would accommodate, ac-
cording to the report of Pliny, two hun-
dred and fifty thousand persons. There
were other Circi at Rome ; particularly
those of Flaminius, Hero, Caracalla,
Severus, &e.

Ccenatio, a supper room ; these were
smaller than the Triclinium, or iEcos,
and were perhaps what we call the com-
mon sitting room or parlour.