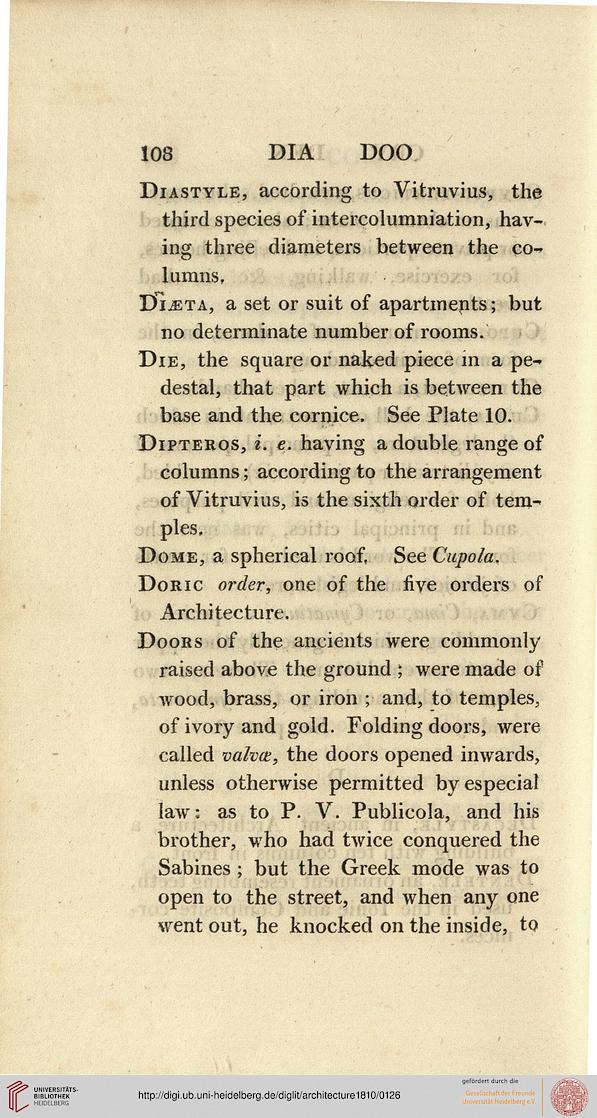 Diastyle, according to Vitruvius, the
third species of intercolumniation, hav-
ing three diameters between the co-
lumns,

Di-eta, a set or suit of apartments; but
no determinate number of rooms.

Die, the square or naked piece in a pe-
destal, that part which is between the
base and the cornice. See Plate 10.

Dipteros, i. e. having a double range of
columns; according to the arrangement
of Vitruvius, is the sixth order of tem-
ples.

Doric order, one of the five orders of
Architecture.

Doors of the ancients were commonly
raised above the ground ; were made of
wood, brass, or iron ; and, to temples,
of ivory and gold. Folding doors, were
called valvce, the doors opened inwards,
unless otherwise permitted by especial
law; as to P. V. Publicola, and his
brother, who had twice conquered the
Sabines ; but the Greek mode was to
open to the street, and when any one
went out, he knocked on the inside, to