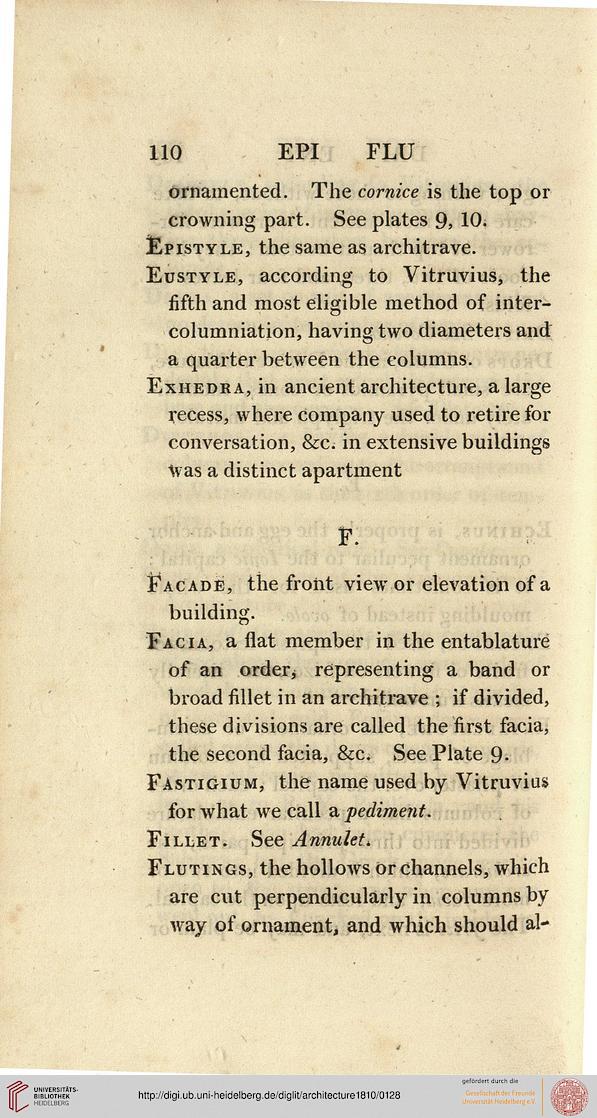 ornamented. The cornice is the top or
crowning part. See plates 9, 10.

Epistyle, the same as architrave.

Eustyle, according to Vitruvius, the
fifth and most eligible method of inter-
columniation, having two diameters and
a quarter between the columns.

Exhedra, in ancient architecture, a large
recess, where company used to retire for
conversation, &c. in extensive buildings
Was a distinct apartment

Facade, the front view or elevation of a
building.

Facia, a flat member in the entablature
of an order* representing a band or
broad fillet in an architrave ; if divided,
these divisions are called the first facia,
the second facia, &c. See Plate 9-

Fastigium, the name used by Vitruvius
for what we call a pediment.

Flutings, the hollows Or channels, which
are cut perpendicularly in columns by
way of ornament, and which should al-