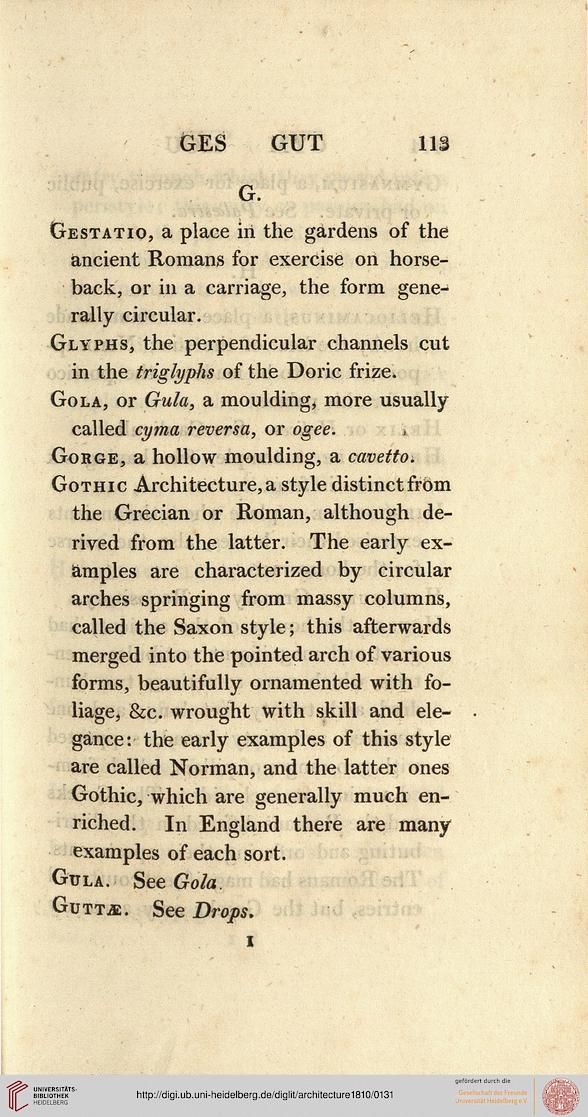 Gestatio, a place in the gardens of the
ancient Romans for exercise on horse-
back, or in a carriage, the form genej
rally circular.

Glyphs, the perpendicular channels cut
in the triglypfis of the Doric frize.

Gorge, a hollow moulding, a cavettoi

Gothic Architecture, a style distinct from
the Grecian or Roman, although de-
rived from the latter. The early ex-
amples are characterized by circular
arches springing from massy columns,
called the Saxon style; this afterwards
merged into the pointed arch of various
forms, beautifully ornamented with fo-
liage, &c. wrought with skill and ele-
gance: the early examples of this style
are called Norman, and the latter ones
Gothic, which are generally much en-
riched. In England there are many
examples of each sort.