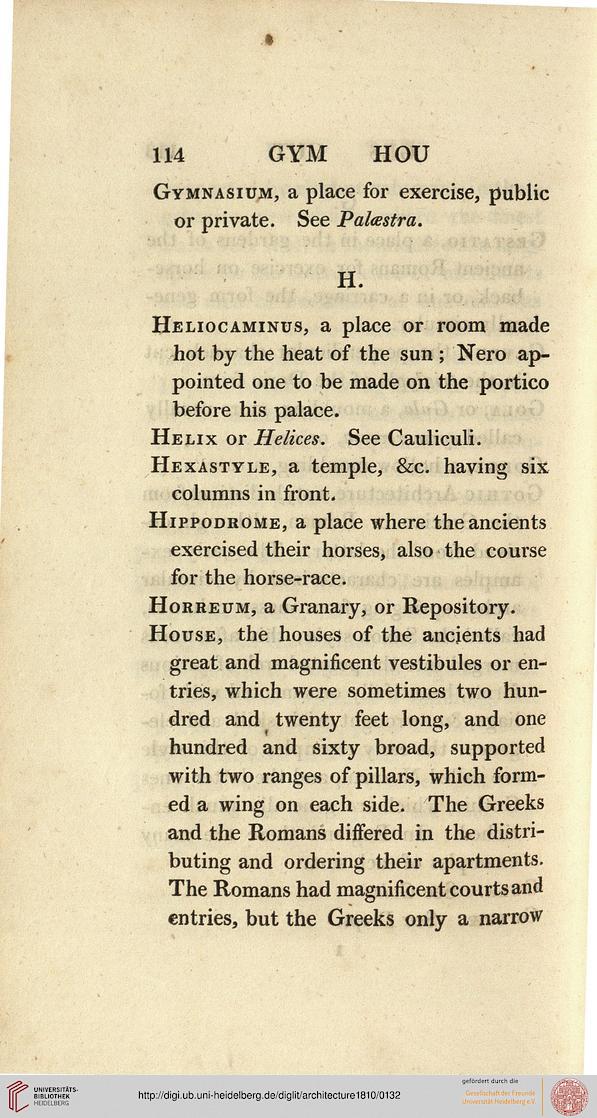 Gymnasium, a place for exercise, public
or private. See Palcestra.

Heliocaminus, a place or room made
hot by the heat of the sun ; Nero ap-
pointed one to be made on the portico
before his palace.

Hexastyle, a temple, &c. having six
columns in front.

Hippodrome, a place where the ancients
exercised their horses, also the course
for the horse-race.

Horreum, a Granary, or Repository.

House, the houses of the ancients had
great and magnificent vestibules or en-
tries, which were sometimes two hun-
dred and twenty feet long, and one
hundred and sixty broad, supported
with two ranges of pillars, which form-
ed a wing on each side. The Greeks
and the Romans differed in the distri-
buting and ordering their apartments.
The Romans had magnificent courts and
entries, but the Greeks only a narrow