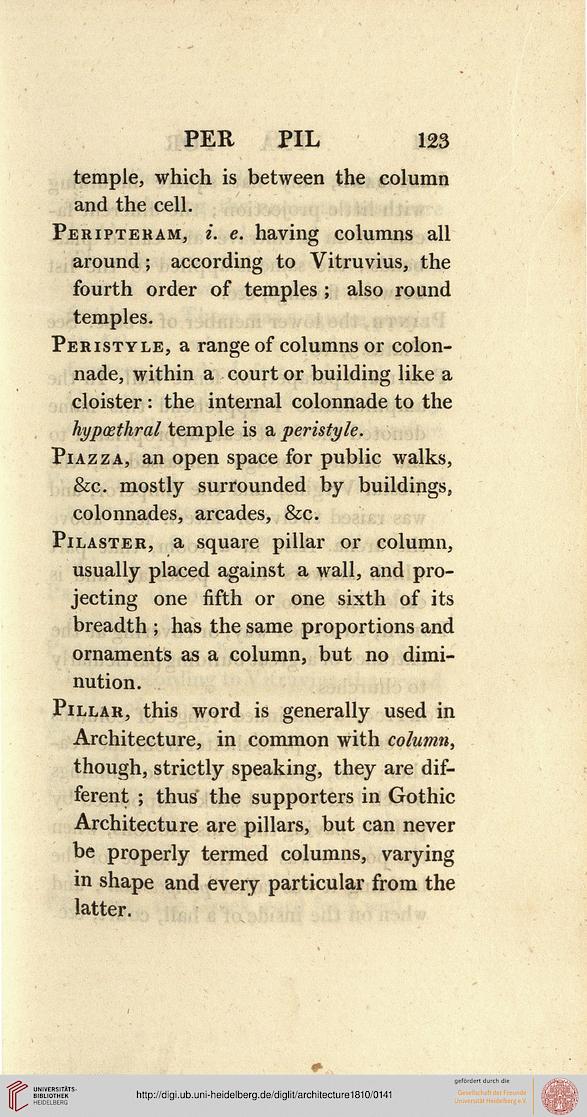 Information about OCR text
PER PIL 123

temple, which is between the column
and the cell.

Peripteram, i. e. having columns all
around; according to Vitruvius, the
fourth order of temples ; also round
temples.

Peristyle, a range of columns or colon-
nade, within a court or building like a
cloister: the internal colonnade to the
hypcethral temple is a peristyle.

Pilaster, a square pillar or column,
usually placed against a wall, and pro-
jecting one fifth or one sixth of its
breadth ; has the same proportions and
ornaments as a column, but no dimi-
nution.

Pillar, this word is generally used in
Architecture, in common with column,
though, strictly speaking, they are dif-
ferent ; thus the supporters in Gothic
Architecture are pillars, but can never
be properly termed columns, varying
in shape and every particular from the
latter.