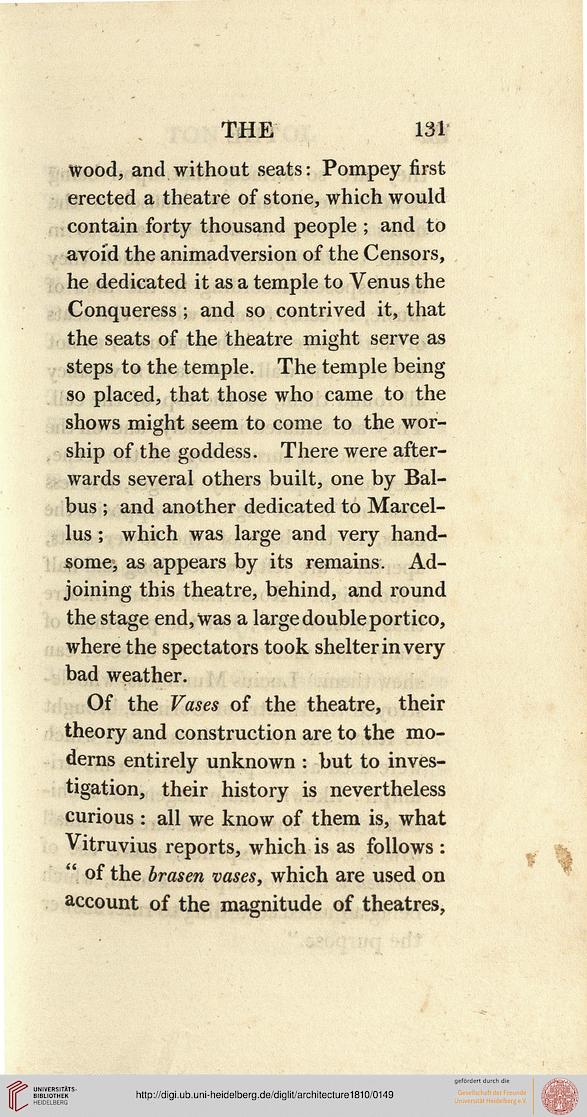 Information about OCR text
THE 131

Wood, and without seats: Pompey first
erected a theatre of stone, which would
contain forty thousand people ; and to
avoid the animadversion of the Censors,
he dedicated it as a temple to Venus the
Conqueress ; and so contrived it, that
the seats of the theatre might serve as
steps to the temple. The temple being
so placed, that those who came to the
shows might seem to come to the wor-
ship of the goddess. There were after-
wards several others built, one by Bal-
bus ; and another dedicated to Marcel-
lus; which was large and very hand-
some^ as appears by its remains. Ad-
joining this theatre, behind, and round
the stage end, Was a large double portico,
where the spectators took shelter in very
bad weather.

Of the Vases of the theatre, their
theory and construction are to the mo-
derns entirely unknown : but to inves-
tigation, their history is nevertheless
curious : all we know of them is, what
Vitruvius reports, which is as follows :
" of the brasen vases, which are used on
account of the magnitude of theatres,