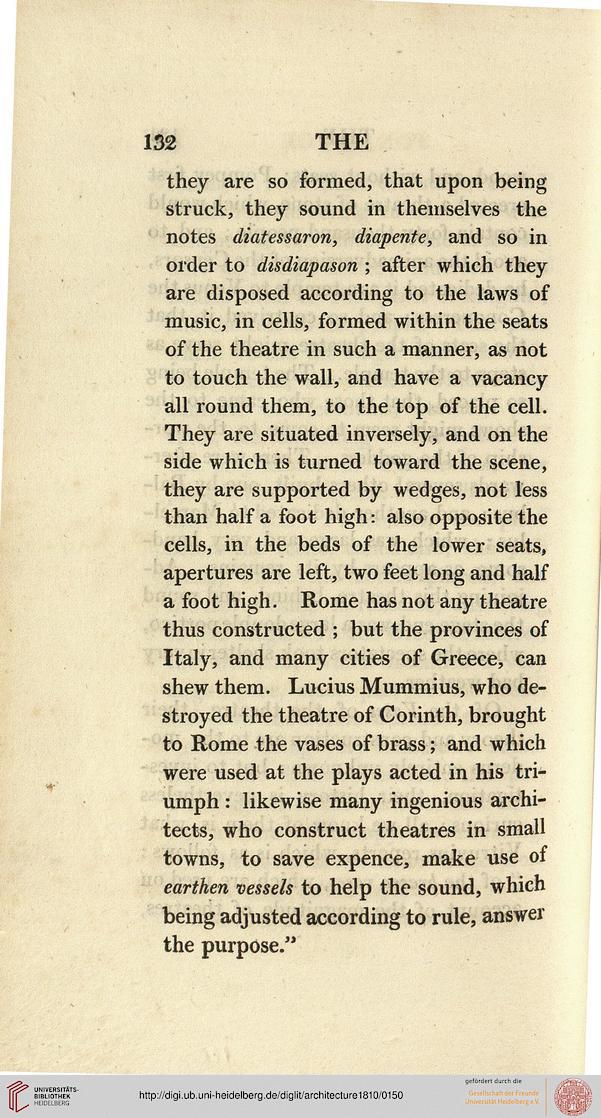 Information about OCR text
132 THE

they are so formed, that upon being
struck, they sound in themselves the
notes diatessaron, diapente, and so in
order to disdiapason ; after which they
are disposed according to the laws of
music, in cells, formed within the seats
of the theatre in such a manner, as not
to touch the wall, and have a vacancy
all round them, to the top of the cell.
They are situated inversely, and on the
side which is turned toward the scene,
they are supported by wedges, not less
than half a foot high: also opposite the
cells, in the beds of the lower seats,
apertures are left, two feet long and half
a foot high. Rome has not any theatre
thus constructed ; but the provinces of
Italy, and many cities of Greece, can
shew them. Lucius Mummius, who de-
stroyed the theatre of Corinth, brought
to Rome the vases of brass; and which
were used at the plays acted in his tri-
umph : likewise many ingenious archi-
tects, who construct theatres in small
towns, to save expence, make use of
earthen vessels to help the sound, which
being adjusted according to rule, answer
the purpose."