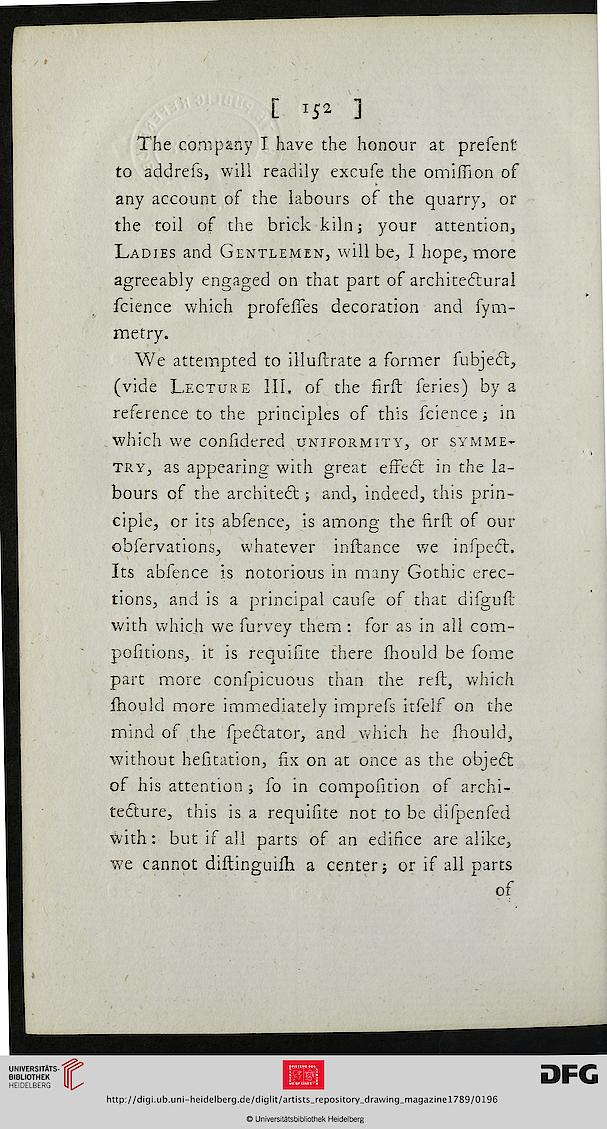 [ IJ2 ]
The company I have the honour at present
to address, will readily excuse the omission of
any account of the labours of the quarry, or
the toil of the brickkiln] your attention,
Ladies and Gentlemen, will be, I hope, more
agreeably engaged on that part of architectural
science which professes decoration and sym-
metry.
We attempted to illustrate a former subject,
(vide Lecture 111. of the first series) by a
reference to the principles of this science ] in
which we considered uniformity, or symme-
try, as appearing with great effect in the la-
bours of the architect j and, indeed, this prin-
ciple, or its absence, is among the first of our
observations, whatever instance we inspeCt.
Its absence is notorious in many Gothic erec-
tions, and is a principal cause of that disgust
with which we survey them : for as in all com-
*
petitions, it is requisite there should be some
part more conspicuous than the rest, which
should more immediately impress itsels on the
mind os the speCtator, and which he should,
without hesitation, fix on at once as the objeCt
of his attention j so in competition of archi-
tecture, this is a requisite not to be dispensed
with: but is all parts of an edifice arealike,
■we cannot distinguish a center; or if all parts
of