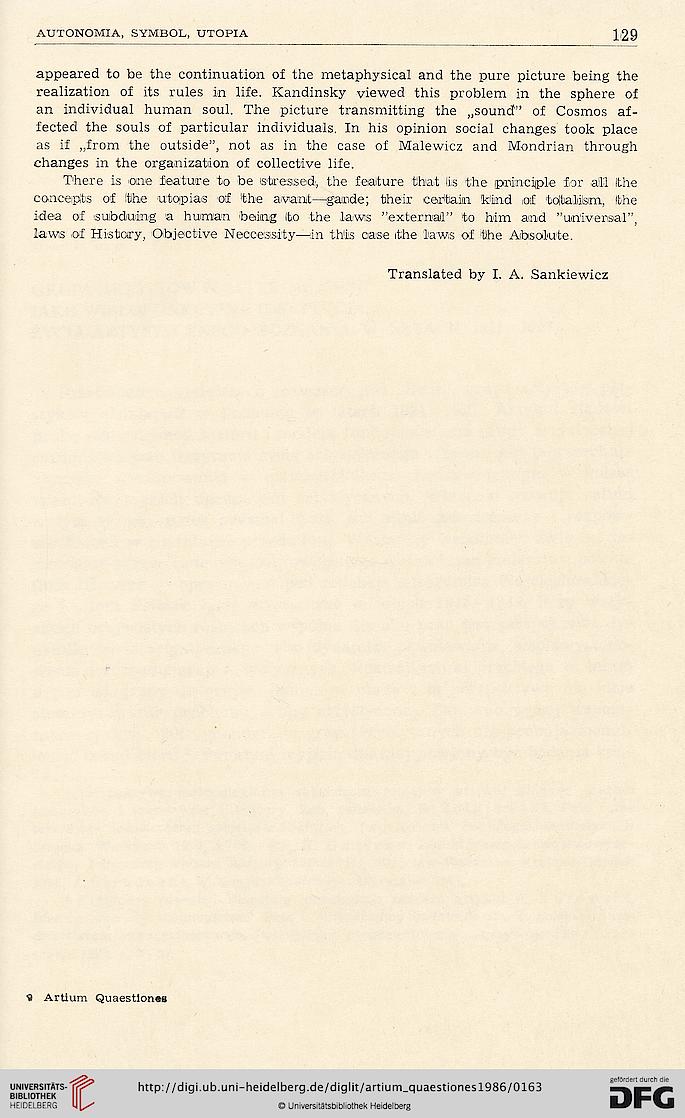 appeared to be the continuation of the metaphysical and the pure picture being the
realization of its rules in life. Kandinsky viewed this problem in the sphere of
an individual human soul. The picture transmitting the „sound” of Cosmos af-
fected the souls of particular individuals. In his opinion social changes took place
as if „from the outside”, not as in the case of Malewicz and Mondrian through
changes in the organization of collective life.
There is one feature to be stressed:, the feature that lis the principle for all the
concepts of the utopias of the avant—'garde; their certain kind of toftaldism, (the
idea of subduing a human being ifco the laws ’’external” to him and ’’universal”,
laws of History, Objective Necoessity—-an this case the laws of the Absolute.
Translated by I. A. Sankiewicz