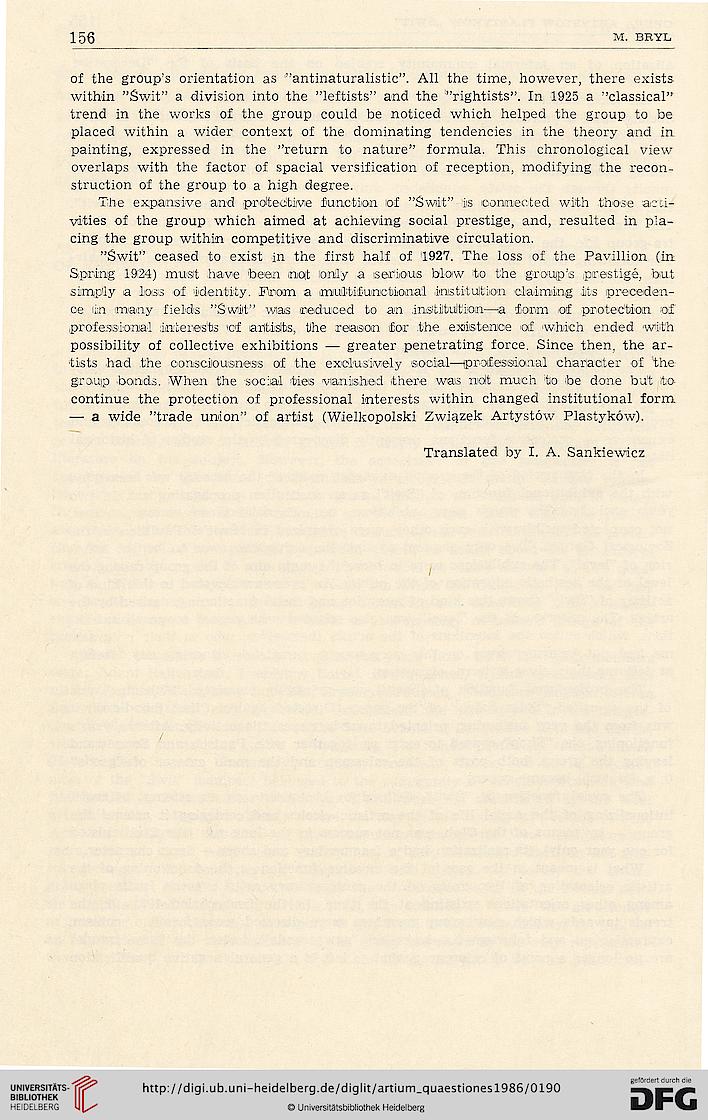 of the group’s orientation as "’antinaturalistic”. All the time, however, there exists
within ”Swit” a division into the ’’leftists” and the "’rightists”. In 1925 a ’’classical”
trend in the works of the group could be noticed which helped the group to be
placed within a wider context of the dominating tendencies in the theory and in
painting, expressed in the ’’return to nature” formula. This chronological view
overlaps with the factor of spacial versification of reception, modifying the recon-
struction of the group to a high degree.
The expansive and protective function of ”Swiit”-is connected with those acti-
vities of the group which aimed at achieving social prestige, and, resulted in pla-
cing the group within competitive and discriminative circulation.
”Swit” ceased to exist in the first half of 1927. The loss of the Pavillion (in
Spring 1924) must have been >nqt only a iserious blow to the group's prestige, but
simply a loss of 'identity. From a multifunctional institution 'Claiming its preceden-
ce in many fields ”Swit” was reduced bo an institution—a form of protection of
professional interests of artists, the reason for the existence of which ended with
possibility of collective exhibitions — greater penetrating force. Since then, the ar-
tists had the consciousness of the exclusively social—professional character of the
group bonds. When the social ties vanished there was molt much to toe done but to
continue the protection of professional interests within changed institutional form
— a wide ’’trade union” of artist (Wielkopolski Związek Artystów Plastyków).
Translated by I. A. Sankiewicz