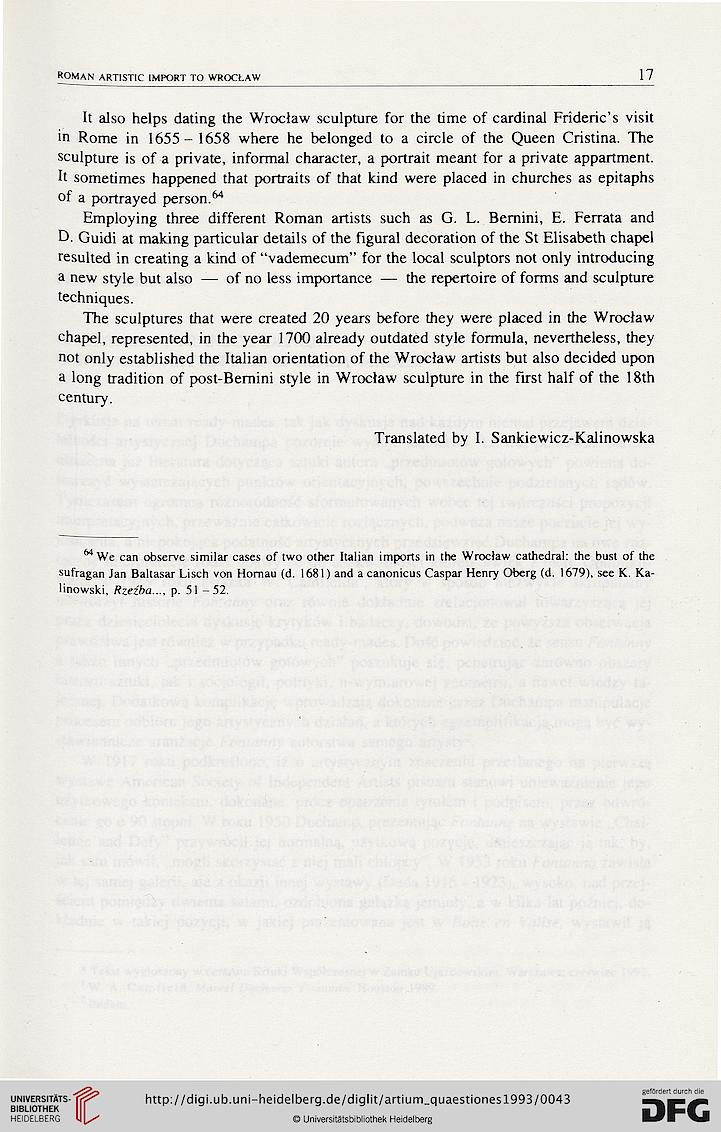 It also helps dating the Wroclaw sculpture for the time of cardinal Frideric’s visit
in Rome in 1655- 1658 where he belonged to a circle of the Queen Cristina. The
sculpture is of a private, informal character, a portrait meant for a private appartment.
It sometimes happened that portraits of that kind were placed in churches as epitaphs
of a portrayed person.64
Employing three different Roman artists such as G. L. Bernini, E. Ferrata and
D. Guidi at making particular details of the figurai decoration of the St Elisabeth chapel
resulted in creating a kind of “vademecum” for the local sculptors not only introducing
a new style but also — of no less importance — the repertoire of forms and sculpture
techniques.
The sculptures that were created 20 years before they were placed in the Wroclaw
chapel, represented, in the year 1700 already outdated style formula, nevertheless, they
not only established the Italian orientation of the Wroclaw artists but also decided upon
a long tradition of post-Bernini style in Wroclaw sculpture in the first half of the 18th
century.