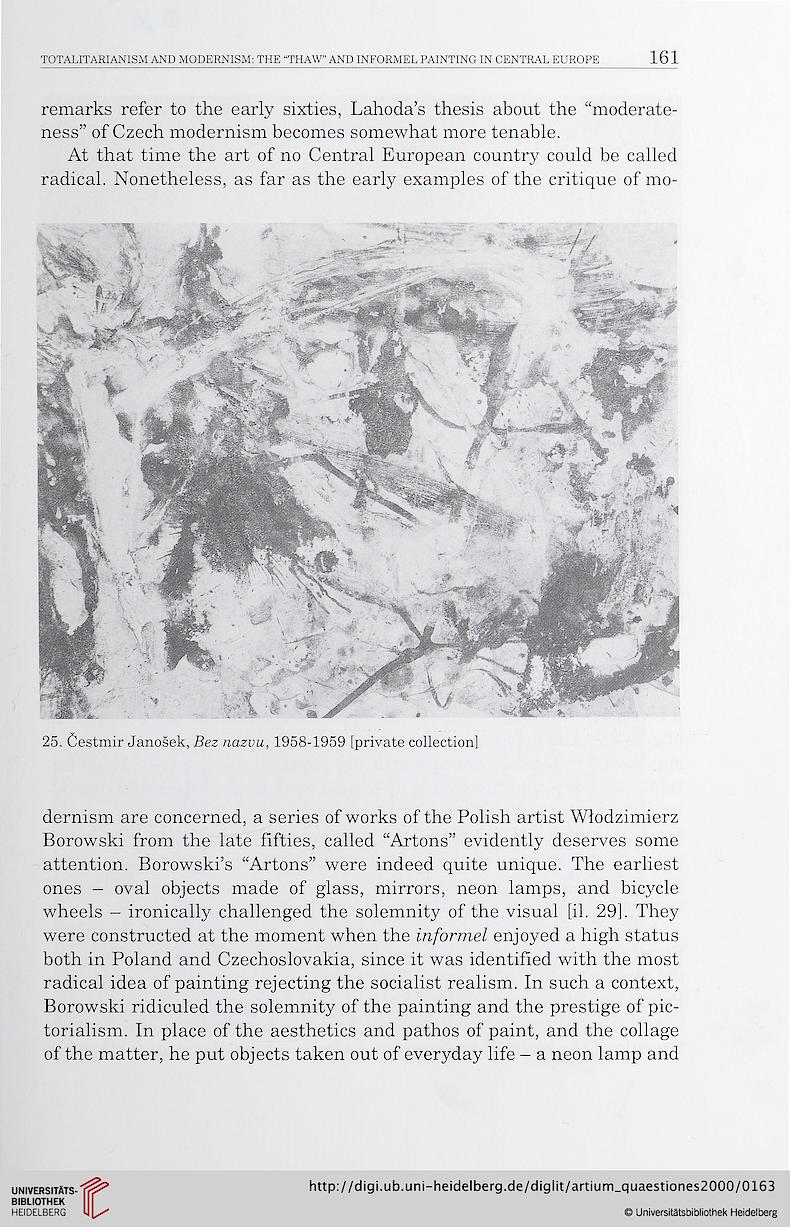 At that time the art of no Central European country could be called
radical. Nonetheless, as far as the early examples of the critique of mo-

dernism are concerned, a sériés of works of the Polish artist Wîodzimierz
Borowski from the late fifties, called “Artons” evidently deserves some
attention. Borowski’s “Artons” were indeed quite unique. The earliest
ones - oval objects made of glass, mirrors, néon lamps, and bicycle
wheels - ironically challenged the solemnity of the visual [il. 29], They
were constructed at the moment when the informel enjoyed a high status
both in Poland and Czechoslovakia, since it was identified with the most
radical idea of painting rejecting the socialist realism. In such a context,
Borowski ridiculed the solemnity of the painting and the prestige of pic-
torialism. In place of the aesthetics and pathos of paint, and the collage
of the matter, he put objects taken out of everyday life - a néon lamp and