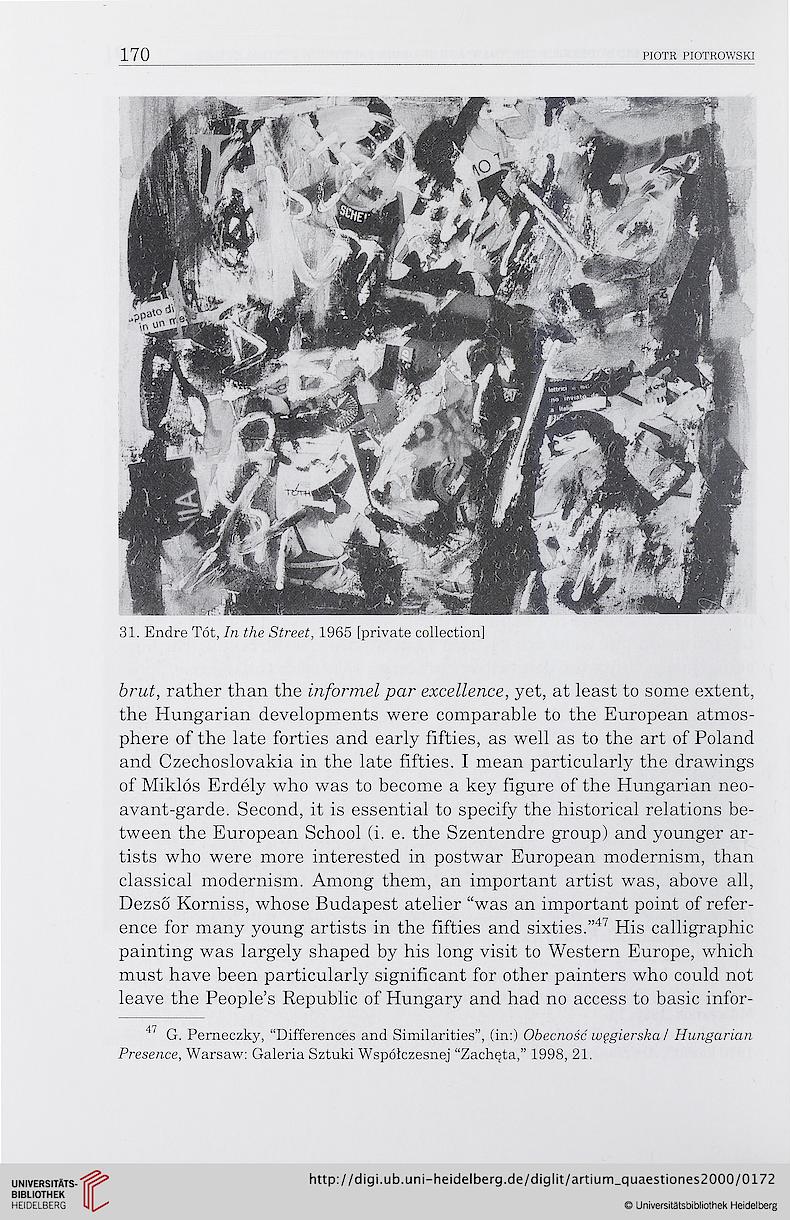 brut, rather than the informel par excellence, yet, at least to some extent,
the Hungarian developments were comparable to the European atmos-
phère of the late forties and early fifties, as well as to the art of Poland
and Czechoslovakia in the late fifties. I mean particularly the drawings
of Miklôs Erdély who was to become a key figure of the Hungarian neo-
avant-garde. Second, it is essential to specify the historical relations be-
tween the European School (i. e. the Szentendre group) and younger ar-
tists who were more interested in postwar European modernism, than
classical modernism. Among them, an important artist was, above ail,
Dezsô Korniss, whose Budapest atelier “was an important point of refer-
ence for many young artists in the fifties and sixties.”47 His calligraphie
painting was largely shaped by his long visit to Western Europe, which
must hâve been particularly significant for other painters who could not
leave the People’s Republie of Hungary and had no access to basic infor-